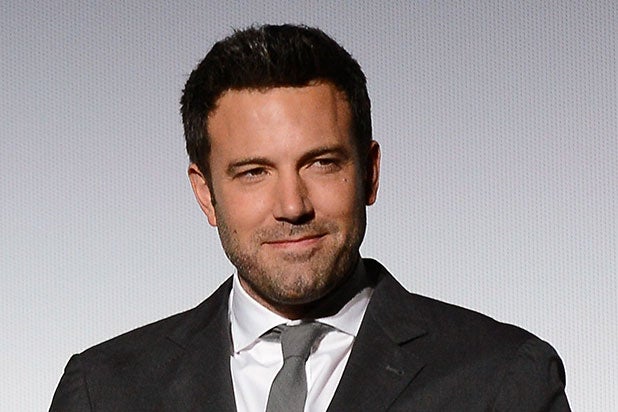 Ben Affleck is just as good at counting as he is at hurling F-bombs.

After making headlines with his expletive-riddled rant on the inaugural episode of Bill Simmons’ “Any Given Wednesday” on HBO, the actor used almost all of his fingers and toes to tally up exactly how many times he hurled the F-word

Affleck’s assessment? It was a lot, and perhaps a bit too much.

“For those of you keeping score at home, I gave exactly 18 f–ks about my Pats,” Affleck tweeted on Thursday afternoon. “Upon reflection, 12 probably would have been sufficient.”

The actor went on to call his sit-down with Simmons on the HBO show “one of my favorite interviews.”

(1/2) For those of you keeping score at home, I gave exactly 18 f–ks about my Pats. Upon reflection, 12 probably would have been sufficient

(2/2) We Boston fans have always been known for our subtlety. One of my favorite interviews; hope you get to see the entire episode. #GoPats

“We Boston fans have always been known for our subtlety. One of my favorite interviews; hope you get to see the entire episode,” Affleck continued, adding the hashtag, “#GoPats.”

During a rant that had some wondering if Affleck had been knocking back the sauce beforehand, the actor expounded at length on the Deflategate scandal that has plagued his beloved New England Patriots for more than a year.

Affleck went on to suggest that the scandal was a conspiracy by NFL insiders as revenge against Patriots quarterback Tom Brady for just being so darn good.

“I talk to f-king football players, pro football players. Across the board they think it’s bulls-t,” Affleck continued. “This is a conspiracy of people working inside the NFL, who all come from organizations that Tom Brady whipped their ass over the last 10 or 15 years.”

Watch the exchange below.