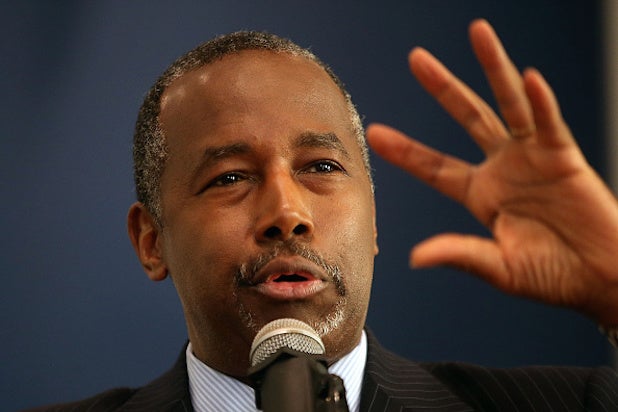 Dr. Ben Carson was at it again on Thursday, this time making controversial comments that compared Syrian refugees trying to enter the U.S. to “rabid dogs.”

At an Alabama event, Carson used the analogy of unruly dogs running around a neighborhood to cast doubt on the wisdom of bringing Syrian refugees into America.

“If there’s a rabid dog running around your neighborhood, you’re probably not going to assume something good about that dog and you’re probably going to put your children out of the way,” he said.

He added that this doesn’t mean you hate all dogs, but you have to put protecting your children first and foremost.

“Just like it would be foolish to put your child out in the neighborhood knowing that that was going on, it is foolish for us to accept people if we cannot have the appropriate type of screening.”