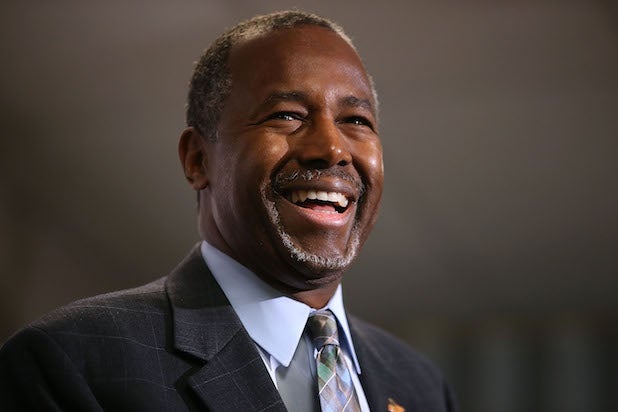 Who better to run the nation’s Housing and Urban Development than a renowned neurosurgeon?

That’s the joke a number of baffled Twitter users are going with this morning, as Donald Trump has selected Dr. Ben Carson as his HUD secretary. Of course, we don’t want to marginalize any original rants or punchlines, so scroll through our selection of some of the best tweets below.

What is certainly not a laughing matter to many is how some social media users believe the choice came about. Here’s the wisdom best summed up by one Twitter member:

Ben Carson is Black. Therefore, he should run an agency with the word "Urban" in it. Solid.

Eleven more of the best takes are below. As a service to our industry readers, we positioned them in order of Hollywood association, tapering down to the average Joes.

Ben Carson for secrestabby of Housing and Urban Development. This is fine. pic.twitter.com/ibQ7lCZFZs

The only experience Dr. Ben Carson has with HUD is that he owns a home, so now I'm applying for CEO of Apple because I own a phone.

Ben Carson's biggest achievement as Secretary of HUD will be taking one apartment and carefully separating it into two apartments.

Trump just put a bunch of high-up positions into a hat, pulled a random one out, and said "alright that's what Ben Carson will do"

"Sir, you need to appoint a head of Housing and Urban Dev." @realDonaldTrump: "Urban? Let's go with Ben Carson."
"But sir…"
"Ben. Carson."

With Ben Carson on board, America will have great Pyramids. The best.

If someone would just let Ben Carson take a nap, I bet he would sleep for 10 years.