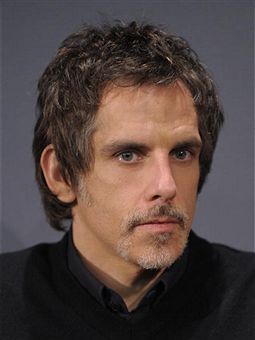 Remember last week’s story about a trio of projects Ben Stiller was considering now that "Greenberg" is in theaters and "Little Fockers" is set for December? Well it seems that one of them has risen above the rest.

"Greenberg" writer-director Noah Baumbach is in talks to direct Stiller in "Mr. Popper’s Penguins," a Fox property based on Richard and Florence Atwater’s Newbery Award-winning 1938 children’s book, reports Variety, though no deals have been finalized yet.

I realize that "Mr. Popper’s Penguins" is a beloved book known throughout the world, but the last thing Hollywood needs is another penguin-centric children’s movie. After seeing how Baumbach adapted Roald Dahl’s equally-treasured tome "Fantastic Mr. Fox" with co-writer-director Wes Anderson last year, I’m certainly intrigued by the prospect of him directing a children’s film, but not so much by the idea of Stiller starring. I’d prefer he focus on making more adult comedies like "Tropic Thunder" and "Zoolander," and don’t want to see him lose a year in the prime of his career filming the potential equivalent of a live-action "Happy Feet."

John Davis is producing the film, which the "Hot Tub Time Machine" team of Sean Anders and John Morris have been writing since they were brought on to adapt the book last year.

Story follows a house painter who writes letters to adventurous Arctic explorers. When one of them sends him a penguin, Mr. Popper gets his hands on a female penguin from a zoo and inevitably, nature takes its course, producing 12 baby penguins who proceed to run amok in his house, forcing him to take them on the road as a stage act called Popper’s Performing Penguins.

I’m not sure what this means for Baumbach’s planned adaptation of "The Emperor’s Children," which TheWrap exclusively reported has Keira Knightley, Eric Bana and Richard Gere attached to star, though I vow to get to the bottom of this one. Stay tuned.