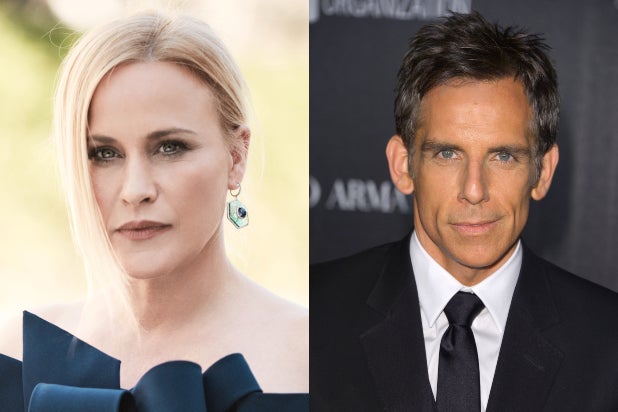 Apple TV+ has ordered comedy “High Desert” that will star Patricia Arquette and be directed and executive produced by Ben Stiller.

“High Desert” follows Peggy (Arquette), a former addict, who decides to make a new start after the death of her beloved mother with whom she lived in the small desert town of Yucca Valley, California, and makes a life-changing decision to become a private investigator.

The series is created and written by Nancy Fichman, Katie Ford and Jennifer Hoppe, who will also serve as executive producers. Stiller will direct the first episode and executive produce through Red Hour Films alongside Nicky Weinstock. Molly Madden and Tom Lassally executive produce on behalf of 3 Arts Entertainment.

“High Desert” marks Apple’s second series with Patricia Arquette and Ben Stiller. Arquette is set to star with Adam Scott in “Severance,” a workplace thriller that will be directed and executive produced by Stiller. From writer Dan Erickson, “Severance” centers on Lumen Industries, a fictional company “that’s looking to take work-life balance to a new level,” according to Apple. Adam Scott will star as Mark, an employee with a dark past trying to put himself back together. Arquette will play his boss.

The two also previously collaborating on the Showtime limited series “Escape at Dannemora,” for which Arquette earned an Emmy nomination and a win at the 2019 Golden Globes.