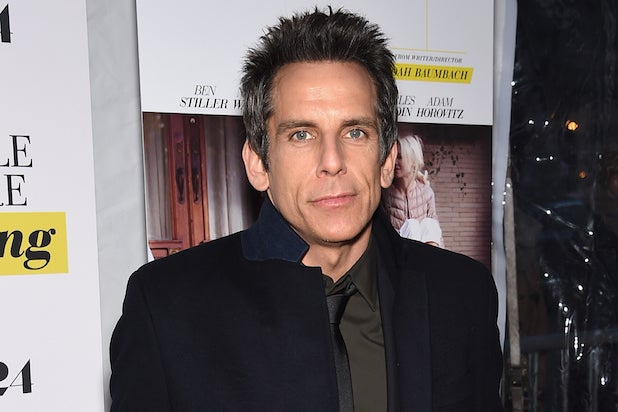 Ben Stiller‘s production company, Red Hour, is partnering with Bold Films to produce a new slate of both comedic and dramatic film, television and digital projects, TheWrap has learned.

Veteran producer and executive Nicky Weinstock has joined Stiller and Stuart Cornfeld at Red Hour, which will be relocating its offices within Bold Films in both New York and Los Angeles as part of the new creative partnership.

Bold Films will provide Red Hour’s overhead, as well as development and production financing on independent projects. The agreement enables the company to be fully independent and capable of supplying studios, networks and the digital and independent markets an expanded array of movies and shows, as well as finance its own projects on both the big and small screens.

Red Hour recently completed its overall deal with 20th Century Fox, and is currently in postproduction on “Zoolander 2,” which will be distributed by Paramount next year.

Earlier this year, Michel Litvak and Gary Michael Walters‘ Bold Films, which produced the Oscar-nominated thriller “Nightcrawler,” entered a similar partnership with that film’s star, Jake Gyllenhaal, after producing the film together.

Weinstock, the former creative head of Apatow Productions and senior VP of Chernin Entertainment, launched his own production company, Invention Studios, in 2011 and has sold more than a dozen movies to 20th Century Fox, New Regency, Lionsgate, MGM, STX and CBS Films, in addition to 10 television projects at broadcast and cable networks.

Red Hour’s Mike Rosenstein will continue to executive produce ongoing and new projects, and he’ll play an integral role in the new partnership.

TV executive Debbie Liebling is leaving her day-to-day role at Red Hour, but will continue to oversee all current Red Hour TV projects, including Comedy Central’s “Another Period,” which just got picked up for a second season and stars Natasha Leggero, Michael Ian Black, Paget Brewster and Christina Hendricks, as well as “The Meltdown with Jonah and Kumail,” which stars Kumail Nanjiani and Jonah Ray.

Red Hour’s feature credits include “Tropic Thunder,” “Dodgeball” and “Zoolander,” while the company’s digital division produced the “The Bachelor” parody “Burning Love,” which was nominated for an Emmy.

“I am excited to begin this new chapter for Red Hour,” said Stiller. “Nicky Weinstock brings tons of experience and talent in partnering with Stuart and I in LA. With Bold, Michel Litvak and Gary Michael Walters, we are partnering with like-minded filmmakers who have shown they are committed to making daring and original movies. If it doesn’t work out we are all opening an accounting firm — Stiller, Litvak, Weinstock, Cornfeld & Walters. So it’s a no-lose proposition.”

“Ben Stiller is not only a brilliant actor, director and producer who has entertained huge audiences throughout the world, but also a savvy and visionary businessman,” said Litvak. “We are thrilled to work together to expand the scope of Ben’s activities and help fulfill his artistic and professional ambitions.”

“Joining forces with Red Hour and its outstanding executive team allows Bold to muscle up its global presence in film and television, and establish a digital media division that will be a phenomenal incubator of new talent and a hotbed of innovation,” said Walters.

“As a longtime admirer of Ben’s phenomenal creative powers, I am thrilled to partner with him and my friend Stuart to launch a company so uncommonly empowered to have freedom and fun,” said Weinstock. “Our financial backing from Bold enables us to put together films and shows both inside and outside the traditional studio and network systems — giving us a flexibility, and the means to go full-tilt on our projects, that’s all too rare these days. We’re grateful and excited to get moving.”