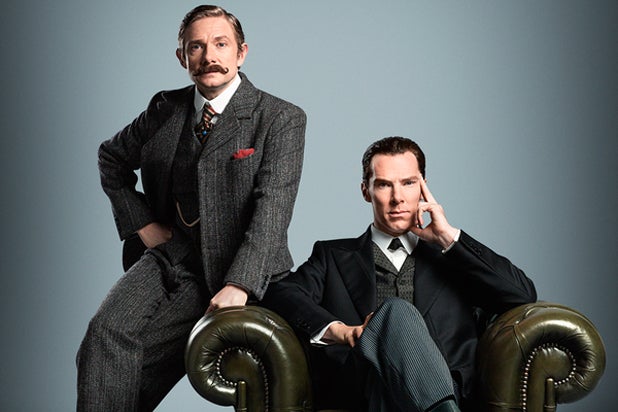 Benedict Cumberbatch and Martin Freeman may be “Sherlock” co-stars and fellow denizens of the Marvel Cinematic Universe, but Cumberbatch doesn’t share Freeman’s feelings on the “Sherlock” fanbase, whom the man who plays Dr. Watson says has made making the show “not fun anymore.”

“Being in that show, it is a mini-Beatles thing,” Freeman told The Telegraph last month. “People’s expectations, some of it’s not fun anymore. It’s not a thing to be enjoyed, it’s a thing of: ‘You better f–ing do this, otherwise, you’re a c–.’ That’s not fun anymore.”

Also Read: Who's Going to Die in 'Avengers: Infinity War'? We Put Odds on Every Major Hero Biting the Dust

This weekend, The Telegraph spoke with Cumberbatch during the press tour for “Avengers: Infinity War,” in which the actor will reprise his role as Doctor Strange. When asked about Freeman’s remarks, Cumberbatch said he wasn’t impressed.

“It’s pretty pathetic if that’s all it takes to let you not want to take a grip of your reality,” he said. “What, because of expectations? I don’t know. I don’t necessarily agree with that … There’s a level of obsession where [the franchise] becomes [the fans’] even though we’re the ones making it. But I just don’t feel affected by that in the same way, I have to say.”

“Sherlock” premiered on BBC in 2010, thrusting Cumberbatch and Freeman into mainstream popularity. Four three-part series have been created, along with a Victorian-era special, with the most recent series being released in January 2017. Cumberbatch is signed on for a fifth series and has expressed interest in returning. However, the show’s return has not been announced.

Meanwhile, Cumberbatch and Freeman both have plenty on their schedules. In addition to “Infinity War,” Cumberbatch will play Doctor Strange in the upcoming fourth “Avengers” film due out next summer. Before then, he will provide the voice of Shere Khan in “Mowgli” and play the titular role in Illumination’s adaptation of Dr. Seuss’ “How the Grinch Stole Christmas.” Freeman, who played CIA agent Everett K. Ross in “Black Panther,” can be seen in IFC’s indie horror film “Ghost Stories.”