Benedict Cumberbatch may play the inventor of the lightbulb in the upcoming historic drama “The Current War,” but the first image of him from the film is decidedly dark.

The Weinstein Company provided a sneak peek at the Oscar-nominated British actor as Thomas Edison in director Alfonso Gomez-Rejon’s upcoming movie, which is set in the late 1880s. 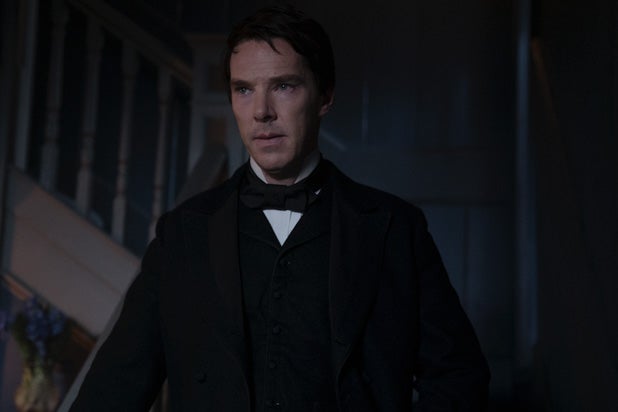 Edison championed the use of a direct current for electric power distribution over an alternating current, which was backed by Westinghouse Electric and a host of European companies.

The film marks a return to historical biopics for Cumberbatch, who earned an Oscar nomination for his role as WWII code-breaker Alan Turing in “The Imitation Game.” Gomez-Rejon’s last film was the Sundance darling “Me and Earl and the Dying Girl.”

“The Current War” doesn’t have a release date yet but it’s expected in theaters later in 2017.

Protesters attend the Women's March Saturday in Park City, Utah, in the midst of the Sundance Film Festival.

Photographed by Sara Terry for TheWrap