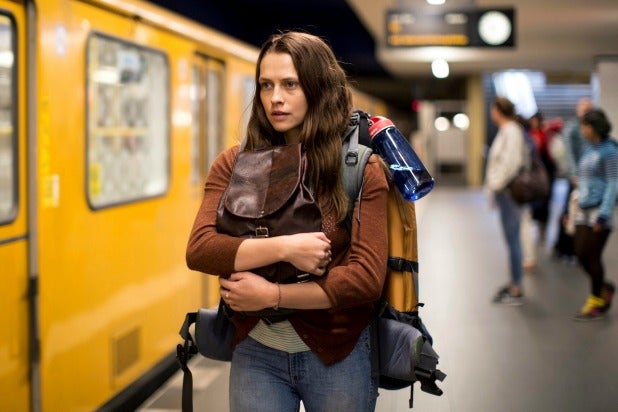 Another Sundance film has been picked up ahead of the festival as director Cate Shortland’s psychological thriller “Berlin Syndrome” has been acquired by Vertical Entertainment and Netflix, TheWrap has learned.

The deal for the acquisition was in the low- to mid-seven figures and Netflix will get all rights including streaming after Vertical mounts a theatrical release in early summer 2017, an individual with knowledge of the deal told TheWrap.

Palmer plays an Australian photographer who meets Andi (Max Riemelt), a charismatic man while holidaying in Berlin and discovers an instant attraction. A night of passion ensues.

But what initially appears to be the start of a romance takes an unexpected and sinister turn when she wakes the following morning to discover Andi has left for work and locked her in his apartment. An easy mistake to make, of course, except Andi has no intention of letting her go again. Ever.

Also Read: Casey Affleck's 'A Ghost Story' Picked Up By A24

The deal was brokered by UTA Independent Film Group and Vertical’s Rich Goldberg and Peter Jarowey.

It’s one of a spate of film acquisitions announced in advance of next week’s Sundance Film Festival.