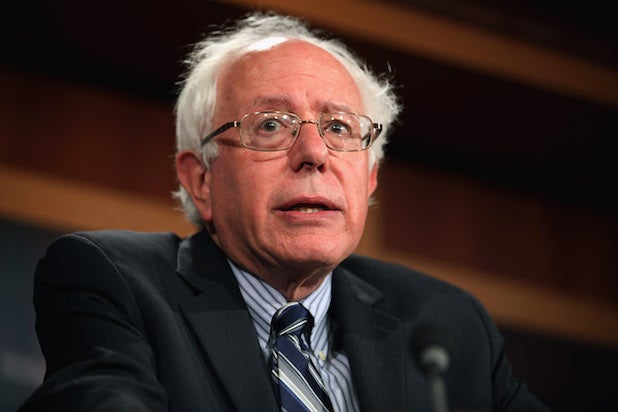 In a twist straight out of an M. Night Shyamalan movie, billionaire and conservative mega-donor Charles Koch says that he and Bernie Sanders actually agree on an issue.

“I have never met the senator, but I know from listening to him that we disagree on plenty when it comes to public policy,” Koch wrote in an op-ed for the Washington Post. “Even so, I see benefits in searching for common ground and greater civility during this overly negative campaign season.”

Koch then said that despite the many differences of opinion he has with Sanders, there is one major issue that the two share common ground on.

“[Sanders] believes that we have a two-tiered society that increasingly dooms millions of our fellow citizens to lives of poverty and hopelessness,” he said. “He thinks many corporations seek and benefit from corporate welfare while ordinary citizens are denied opportunities and a level playing field.”

Koch then went on to say that he opposes any program that encourages “corporate welfare,” like tax breaks that favor large companies like his.

“The tax code alone contains $1.5 trillion in exemptions and special-interest carve-outs,” he said. “Anti-competitive regulations cost businesses an additional $1.9 trillion every year. Perversely, this regulatory burden falls hardest on small companies, innovators and the poor, while benefitting many large companies like ours.”

Koch also said that he opposes laws that unfairly target low-level drug offenders, which can impede them from getting jobs and bank loans in the future.

“I don’t expect to agree with every position a candidate holds, but all Americans deserve a president who, on balance, can demonstrate a commitment to a set of ideas and values that will lead to peace, civility and well-being rather than conflict, contempt and division,” Koch concluded. “When such a candidate emerges, he or she will have my enthusiastic support.”