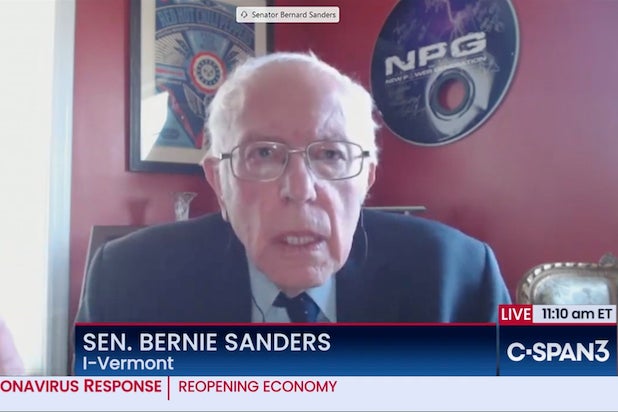 Vermont Senator Bernie Sanders grilled top health administration officials over the availability of free COVID-19 vaccines during the Senate Health Committee’s hearing on Tuesday, but none of the officials would outright “guarantee” that a free, universal vaccine would be available.

“If, God willing, a vaccine is developed and if we’re able to produce it as quickly as we all hope we can, I would imagine that that vaccine would be distributed to all people, free of charge, and make sure that everybody in America who needs that vaccine will get it, regardless of their income. Is that a fair assumption?” Sanders first asked Stephen Hahn, the commissioner of food and drugs at the FDA.

“I certainly hope so. FDA is very committed to making sure that all populations in the United States, including those most vulnerable, are included in the clinical trials,” Hahn said.

“But sir, that’s not what I’m asking. I’m asking, if and when the vaccine comes, it won’t do somebody any good if they don’t get it, and if they have to pay a sum of money for it in order to profit the drug companies, that will not be helpful,” Sanders said. “Are you guaranteeing the American people today that that vaccine will be available to all people, regardless of their income?”

“The payment of the vaccines is not a responsibility of the FDA, but I’m glad to take this back to the task force. I share your concern that this needs to be available to every American,” Hahn said.

Sanders then turned to Brett Giroir, the assistant secretary for health at the Department of Health and Human Services who has been leading the country’s testing efforts, to ask him if we would make a similar guarantee.

“Do you think we should make that vaccine … available to all, regardless of income? Or do you think that poor people and working people should be last in line?” Sanders asked.

“My office is one of the offices committed to serving the underserved, and we need to be absolutely certain that if a vaccine or an effective therapeutic or preventative is available, that it reaches all segments of society, regardless of their ability to pay,” Giroir said.

“Good. So when you’re telling the American people today that, regardless of income, every American will be able to gain access to that vaccine when that comes?” Sanders said.

“They should gain access to that, I don’t control–” Giroir began.

“You represent the administration that makes that decision,” Sanders said.

“I will certainly advocate that everyone is able to receive the vaccine, regardless of income,” Giroir responded.

Sanders suspended his candidacy for president in early April, with his focus moving forward being the coronavirus. He endorsed frontrunner Joe Biden.