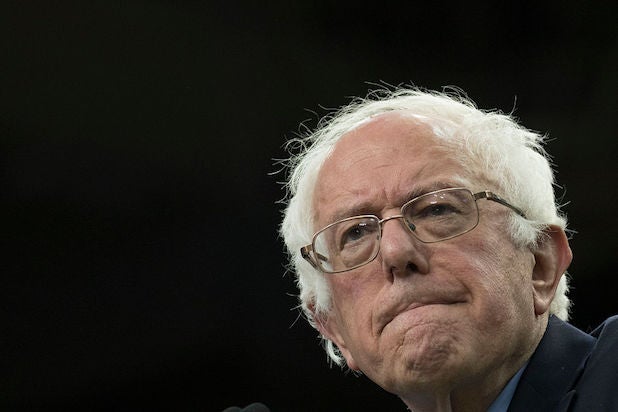 Sen. Bernie Sanders only needed four words to bash President Donald Trump on Saturday in response to a tweet by the president claiming that a rally of Trump supporters would be “the biggest of them all.”

Sanders, a Democrat who launched an unsuccessful bid for the White House last year, replied, “They did. It wasn’t,” and included a photo of the Mall in Washington, D.C., from last month’s presidential inauguration.

Trump’s White House memorably took offense in its opening days after news media and official government agencies reported that the crowd size at inaugural events wasn’t as big as other recent inaugurations.

Also Read: President Trump Wants Supporters to Rally: 'It Would Be the Biggest of Them All'

.@realDonaldTrump They did. It wasn't. pic.twitter.com/xqt29RJPEr

On Saturday morning, Trump took to Twitter to respond to recent news reports about various anti-Trump rallies, including a star-studded one one that drew 2,000 people outside United Talent Agency’s Beverly Hills headquarters on Friday.

The president suggested that his own supporters “should have their own rally. It would be the biggest of them all!”

Crowd size seems to be a sensitive subject for the commander-in-chief.

White House Press Secretary Sean Spicer turned up the angst at his first press conference, condemning the media for what he claimed to be “deliberately false reporting” in attempt “to lessen the enthusiasm of the inauguration.”

“This was the largest audience ever to witness an inauguration, period,” Spicer said with emphasis. “Both in person and around the globe.”

His claim, however, conflicts with both TV ratings and reports from D.C. officials. According to Nielsen data from Bloomberg, Trump’s inauguration drew 31 million viewers nationwide. While that figure is greater than the TV draw for the inaugurations of Bill Clinton and both George H.W. and George W. Bush, it is still almost 11 million short of the record set by Ronald Reagan in 1981, and 7 million short of Barack Obama’s inauguration in 2009.