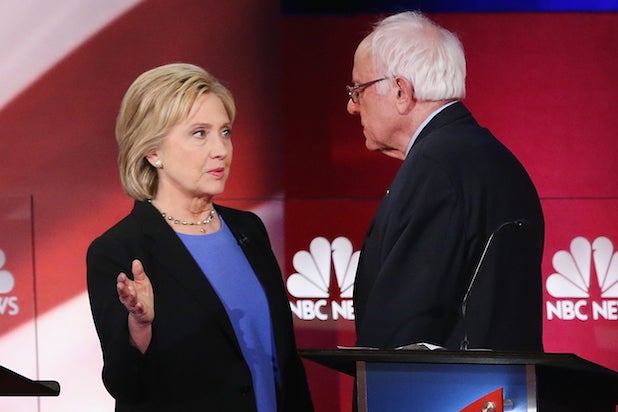 As Hillary Clinton is #FeelingthePinch.

The Democratic frontrunner’s campaign just fired an email to supporters telling them that, “For the first time this campaign, we’re being outraised by our opponent. Bernie raised more than $20 million in January (and another $3 million so far this month) — we fell short at only $15 million for Hillary for America.”

And to be sure her donors dig deep into their pockets, the former secretary of state’s national finance director Dennis Chang added this little tidbit:

“If you’ve believed that Hillary Clinton is going to win this election because other people are going to step up and take care of it, this should be a very loud wake-up call.”

According to Clinton, “There’s no cavalry coming — it’s just people like you who are going to decide whether or not to step up to elect the first woman president our country has ever had.”

Clinton and Sanders are set to square off for the first on-on-one debate in New Hampshire tonight at 9 p.m. ET/6 p.m. PT.