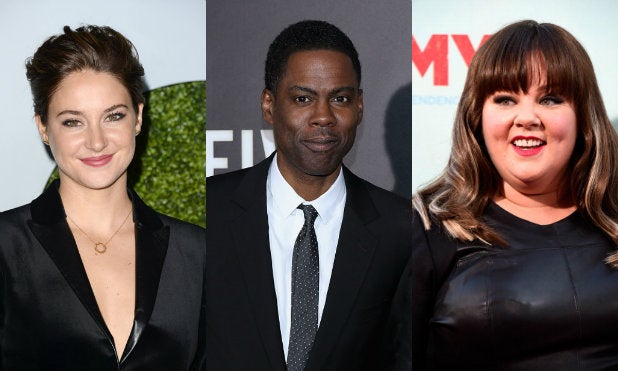 ‘Tis the season for awards, and while voters are busy weighing the merits of top Oscar contenders, the industry’s intangibles have fallen by the wayside. The year in film is comprised of so many movie moments and overlooked details that go unrecognized by Hollywood, so here’s a list of superlatives and unconventional awards that serve as an alternative to the prim-and-proper Oscars. There’s even more ground to cover than last year, so let’s get started …

Best Party: Every party Delta Psi throws in “Neighbors” … especially the Pot Party – Thanks for the invite, Zac!

Best Low-Budget Movie That REALLY Didn’t Cost a Lot: “Blue Ruin” – To Michael Bay, “Pain and Gain” is a low-budget movie, but even with a sliding scale that’s an affront to the term. Young filmmakers should watch this revenge thriller and take notes. This is how you jump-start a career.

Best Adaptation of a Popular YA Book Starring Shailene Woodley: “The Fault In Our Stars”

Worst Food: “Snowpiercer” – Anyone else having “Soylent Green” flashbacks?

No Food: “Unbroken” – At least the craft services budget was low!

Biggest Headscratcher: The 12-step finale of “A Walk Among the Tombstones” – God, grant me the serenity to accept the things I cannot change and the courage to overlook this film’s fatal flaw.

Most Overrated Movie: “The Imitation Game” – Yeah, I said it. Sorry, Harvey!

Most Underrated Movie: “Blood Ties” – This ’70s throwback deserved a better fate. Clive Owen and Billy Crudup are excellent as brothers on opposite sides of the law.

Best Reveal: Tom Hardy is actually a bad-ass in “The Drop” – Didn’t see that one coming!

Biggest WTF?! Moment – The end of “Under the Skin”

Best Media Comeback – “Noah” – The press lined up to poop on Darren Aronofsky‘s Biblical epic but the director got the last laugh, because his movie happened to be pretty damned good. I swear to God!

The Guilty Pleasure Award: “Tusk” – This movie has its haters, and I won’t argue with them, but to me, this is a cult classic and a future staple of the Midnight Movie genre.

Also Read: Axed Shows of 2014: The Ratings That Got Them Canceled

The Surprisingly Not Terrible Award: “The Purge 2: Anarchy” Runner Up: “Men, Women & Children”

Best Drug Scene: “A Field in England” – Magic Mushroom Scene Runner Up: “22 Jump Street” – The Bad Trip – Judge for yourselves below.

Toughest Scene to Watch: Julianne Moore Forgets Where Her Bathroom Is, “Still Alice” – The whole movie is tough to watch because it’s unbelievably sad to watch someone’s memory fade away, but there’s no sadder scene than watching a grown woman pee her pants. Great performance in a movie I don’t think I’d be able to handle again.

Most Quotable Line: Gold: “If you want to win the lottery, you have to make the money to buy a ticket.” – “Nightcrawler” Silver: “When it feels scary to jump, that is exactly when you jump.” – “A Most Violent Year” Bronze (tie): “I’m the motherfuckin’ man in Houston, dawg.” – “Top Five” and “Most of my friends will call me ‘Eagle’ or ‘Golden Eagle.'” – “Foxcatcher”

Best Soundtrack: “The Guest” – Sorry “Jersey Boys,” I love the Four Seasons too, but this was 2014’s “Drive” soundtrack.

Best Song: Hank Levy’s “Whiplash” from “Whiplash” - We hear this song countless times in the movie, and if it was a bad song, the movie wouldn’t have worked as well. Did any song get more screentime in a movie this year? Sorry Katy Perry, but I doubt it.

Best Portrayal of a Real Musician: Chadwick Boseman as James Brown in “Get On Up” – Sorry, Andre Benjamin!

Best Al Pacino Impression: Oscar Isaac, “A Most Violent Year” – The torch won’t be fully passed until Oscar lands the lead in the “Scarface” remake but it’s on its way.

Worst Accent: Imogen Poots, “She’s Funny That Way” – Talk about overdoing it… That Brooklyn accent was thicker than a slice from Ray’s Pizza!

Best Friends: James Franco and Seth Rogen, “The Interview” – For the second year in a row, Rogen takes home this award. I was genuinely moved when he and Franco looked each other in the eyes and said “I love you.”

Worst Couple: Emma Stone and Colin Firth, “Magic in the Moonlight” – This “romance” made me uncomfortable.

The Couple Who Are Made For Each Other, For Better or Worse: Ben Affleck and Rosamund Pike, “Gone Girl” – Whether this was a match made in heaven or hell, these two were pretty perfect for each other.

Best Third Wheel: Charlie Cox, “The Theory of Everything” Runner Up: Jonah Hill, “22 Jump Street” – Cox was the very definition of a third wheel as Jonathan Hellyer Jones, the man who pines for Jane Hawking and can only watch as she stays by her husband’s side for years. Meanwhile, Channing Tatum’s bromance with Wyatt Russell in “22 Jump Street” relegated Hill to third-wheel status and he did a great job playing the other brother.

Best Dictator: Randall Park as Kim Jong-un in “The Interview” – Margaritas, nuclear weapons and a butthole. What more could one man need?

Worst Journalist: Rosario Dawson as Chelsea Brown of the New York Times in “Top Five” – I forget the first rule of journalism but it probably involves not shtupping your story subjects.

Creepiest Journalist: Jake Gyllenhaal as Louis Bloom of Video Production News in “Nightcrawler” – Remember, he’ll never ask you to do anything he wouldn’t do himself… and he’ll do anything for a good story.

Best Hero: Iko Uwais, “The Raid 2” – Bill Cosby should hire this guy as his personal bodyguard.

Best Villain: Michael Parks as Howard Howe, “Tusk” – You know you were freaked out when he stood up from his wheelchair.

Best Wrestler: Mark Ruffalo, “Foxcatcher” Runner Up: Channing Tatum, “Foxcatcher” - Sure, Tatum would probably beat Ruffalo in a fight, but you can’t underestimate The Older Brother Factor, and Dave Schultz seemed like a more tactical wrestler than Mark.

Best Marshall: Liam Neeson, “Non-Stop” – I’d feel much safer if the guy from “Taken” was on all my flights, drunk or not.

Worst Marshall: Rob Marshall, director, “Into the Woods” – For more, go to the 2:20 mark of the second video here.

Best Performance by an Animal: Digby in “The Interview” – He’s killing me with cuteness!

The ‘Over the Top’ Award: Stanley Tucci, “Transformers: Age of Extinction” – So this is what it’s like to be on a completely different page than everyone else in a movie.

Best Male Nudity: The cast of the HBO movie “The Normal Heart” – Sorry Ben Affleck, but you’re no match for Taylor Kitsch and Matt Bomer.

Best Kiss: Ben Affleck and Rosamund Pike’s Sugar Smooch, “Gone Girl” – Think of the upside-down kiss in “Spider-Man” or the beach kiss in “From Here to Eternity.” Caught in a blizzard of powdered sugar, this kiss was the most memorable of the year.

Best Non-Fighting Action Sequence: The car chase in “Nightcrawler” – Buckle up for safety!

Most Fucked Up Shit We Saw All Year: Gold: Justin Long as Mr. Tusk in Kevin Smith’s “Tusk” Silver: Two guys eating a dog for $50,000 in “Cheap Thrills” Bronze: A baseball bat hanging out of a guy’s face in “The Raid 2”