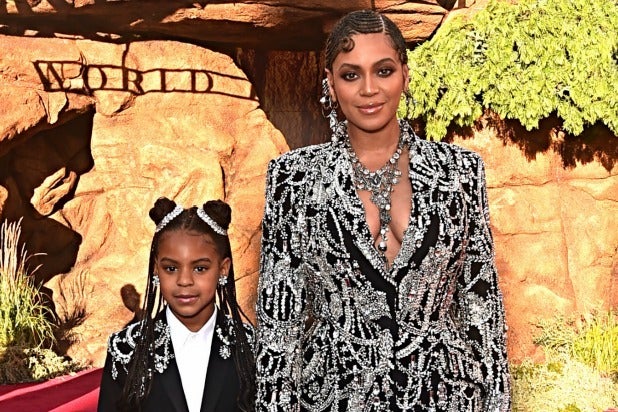 Chris Brown and Roddy Ricch took home two trophies at Sunday’s BET Awards, while Beyoncé Knowles won the BET HER Award (along with daughter Blue Ivy) as well as the Humanitarian Award.

Brown won for Best Male R&B/Pop Artist as well as Best Collaboration for “No Guidance” featuring Drake. Ricch, who performed two numbers during the virtual show, took home prizes for Best New Artist and for his album “Please Excuse Me For Being Antisocial.”

Beyonce not only won the BET HER Award (along with her daughter Blue Ivy), which recognizes neo soul and/or traditional R&B artists, she also received the Humanitarian Award for her work with her BeyGOOD initiative, which has funded college scholarships, brought safe water and sanitation to the East African nation of Burundi and, most recently, brought COVID-19 testing resources to Black and brown communities as well as support Black small business honors.

Former First Lady Michelle Obama introduced Beyonce for humanitarian work. “I wanto to dedicate this award to all of my brothers out there and all of my sisters out there, inspiring me, marching, and fighting for change,” the pop star said, encouraging her fans to vote in the upcoming presidential election.

Timbaland, Nicolas Johnson, Swizz Beatz and D-Nice were honored as the 2020 Shine A Light honorees, which recognizes exceptional resilience, ingenuity and creativity in the face of adversity and demonstrate how art and education can unite and inspire even during the most challenging of times. In addition, Assa Traoré, a French anti-racist activist, was selected as the 2020 BET International Global Good recipient, which recognizes global celebrities and public figures who use their platform for social responsibility and goodness while demonstrating a commitment to the welfare of the global Black community.

Winners are chosen by BET’s Voting Academy made up of fans and a group of entertainment professionals.

Album of the Year
Cuz I Love You, Lizzo
Fever, Megan Thee Stallion
Homecoming: The Live Album, Beyoncé
I Used to Know Her, H.E.R.
Kirk, DaBaby
Please Excuse Me For Being Antisocial, Roddy Ricch (WINNER)

From Julianne Hough to Da Brat to “The Good Place” star Jameela Jamil, a look at the notable people who now identify with the LGBTQ community