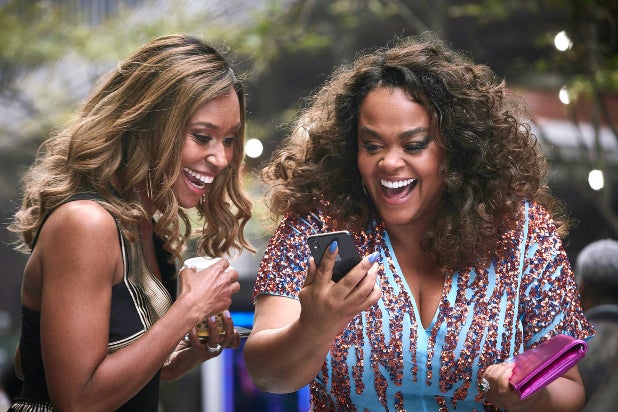 Stop us if you’ve heard this one before: A major media company is set to launch a streaming service in an effort to follow viewers increasingly thumbing their noses at traditional television.

On Thursday, Viacom will launch BET+, a streaming service centered around the 40-year-old African-American cable network in partnership with Tyler Perry. That comes two months before Apple and Disney jump into the arena, and five months ahead of NBCUniversal and WarnerMedia.

“We really wanted to be thoughtful about meeting viewers and meeting audiences where they are, and planting a flag for folks who are ‘cable nevers’ and ‘cable cutters,'” Devin Griffin, who will run BET+ as general manager, told TheWrap. “We want to fish where the fish are and make sure we mount our presence in every corner.”

Griffin said Viacom’s decision to use BET as the focal point for a new streaming service — when it merges with CBS the company will have some five separate streaming offerings — was rooted in years of research. Namely, that the African-American audience watches more video content, regardless of device, but also specifically more streaming video content, than just about every other demographic.

“Those were two really strong signals for us,” Griffin explains.

BET+ will be available for $9.99 a month, which puts it on the high-end compared to other, more established rivals. For example, Disney+ which counts Marvel Studios, Pixar and “Star Wars” in its stead, is only going to cost $6.99 a month. Apple TV+, which has a much smaller amount of shows, but does include the star power of Jennifer Aniston and Jason Momoa, will charge $4.99 per month.

In fact, there are only four major streaming services that cost more for ad-free entertainment. But Griffin defended the price, saying that number is rooted in over a year’s worth of customer research.

“We really tried to gut-check that [price point],” he said, adding they’re betting on the fact that their audience doesn’t subscribe to too many of their soon-to-be competitors. “From every indication we get through our research, it gives us confidence that this price point is one that makes sense for our audience. It’s what they’ve been telling us.”

After Viacom and CBS complete their merger by December, BET+ will be part of a five-pronged streaming strategy for ViacomCBS.

ViacomCBS plans to keep its two main streaming offerings separate, choosing to instead pollinating CBS All Access with content from Viacom networks like MTV and Nickelodeon while also beefing up its Showtime streaming service with Paramount films. In addition, the company will still continue its ad-supported streamer Pluto TV, along with the kids-oriented subscription service Noggin.

Viacom CBS Bob Bakish, who will run the combined company, defended this approach by saying they can use Pluto TV as a gateway to CBS All Access. “We can bring people in through the free service and some will only stay in free. Others we will have the opportunity to up-sell them to the pay product,” he said Tuesday during Goldman Sachs’ annual Communacopia investor conference. “We can return them to the free eco-system if they decide to pause [their subscription] and re-market to them when their situation changes. We think that is a powerful idea.”

BET+ is launching with the long-in-the-works “First Wives Club” TV series, which has shuffled between Viacom networks, along with Will Packer’s “Bigger.” Perry, who backing the service financially, will also be creating original series. “First Wives Club,” from “Girls Trip” screenwriter Tracey Oliver, stars Jill Scott in an updated version of the 1996 film that featured Diane Keaton, Bette Midler and Goldie Hawn. It was initially ordered to series at Paramount Network in early 2018, before shifting to BET later in the year.

Like its competitors, BET+ is using classic TV sitcoms as an additional lure for customers. When it launches Thursday, BET+ will be the exclusive home to the Martin Lawrence-led “Martin,” which ran on Fox for five seasons in the 1990s. When asked about other popular African-American comedies such as “Moesha,” “Sister, Sister” and “The Wayans Bros.,” Griffin noted that “some of those belong to studios that are going to launch their own services. We’re doing the very best we can to pick the right ones.”

Griffin explained he wants BET+ to be seen as a complement to BET, while “expanding the tent of ideas” so they can reach younger audiences who’ve grown up watching streaming content as opposed to traditional television. Just don’t expect that to mean it will be simply BET with sex and curse words.

“We’re not looking to make the gratuitously, sexed-up version of BET,” Griffin explains. “There are stories and there are moments that can be told and portrayed on an SVOD service, where people are opting in and paying, that in an advertising-supported environment that may not make as much sense.”