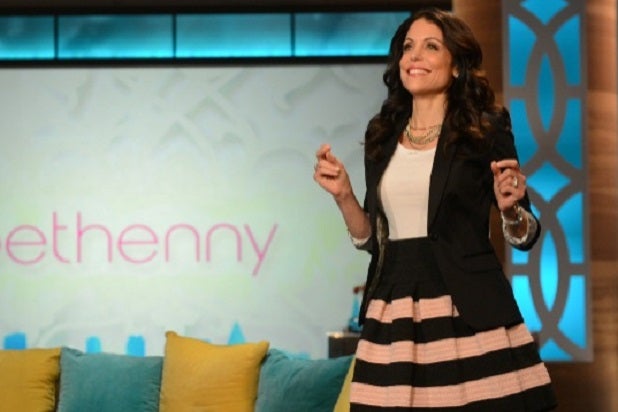 Bethenny Frankel’s talk show “Bethenny” has been canceled, before it was able to reach a second season.

“Bethenny” had been struggling in the ratings. Nationally, the syndicated talk show averaged a 0.9 household rating this season, ranking No. 14 among its peer shows. Producer Telepictures made the call to end it.

See video: ‘Real Housewives of Atlanta’ Preview: Mama Joyce Is Back… and Ready to Brawl (Exclusive)

“Bethenny” averaged a 0.7 rating among women 25-54 this season, tying as the No. 11 talk show in the key demo. It pulled in just over 1.1 million total viewers per episode, compared to Queen Latifah‘s 1.5 million and Ellen DeGeneres‘ 3.9 million.

“We are incredibly proud of the creativity, passion and professionalism Bethenny and her staff brought to daytime each and every day and look forward to finishing out the season with more great original episodes,” a Telepictures representative told TheWrap. “While we are disappointed not to be able to bring the series back for a second season, we remain convinced that Bethenny has a unique voice and that she will continue to be successful in the future.”

Frankel added: “I had a blast doing this show with Telepictures. My entire staff worked so hard and made every day so much fun. I am thankful for the experience and for all my fans who tuned in every day.”