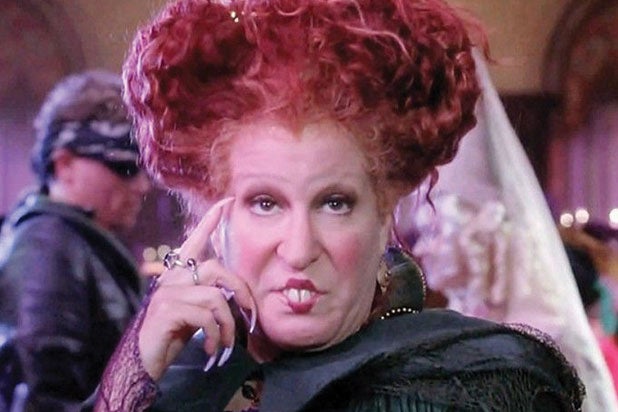 This week, actress Bette Midler broke people’s hearts all over the world.

During a Facebook Q&A on Tuesday, one fan asked what we all wanted to know: whether there will ever be a “Hocus Pocus” sequel.

“After all these years and all the fan demand, I do believe I can stand and firmly say an unequivocal no,” Midler wrote back. Ninety-six fans expressed their sadness and outrage at her answer.

Shortly before Halloween, the actress had joked about why the sequel was taking so long to come together following the 1993 original.

Also Read: Justin Bieber Addresses Bette Midler's Comments About His 'Dick' Dad: 'Who is This Lady?'

And although a “Hocus Pocus” sequel has never been in the works, Sarah Jessica Parker, Kathy Najimy and Midler have all expressed interest in returning for a second film, with rumors having circulated for years that there might be another installment involving Tina Fey. But it looks like that won’t be happening any time soon.

See her Q&A response below.

It’s LIVE Q&A TIME! I’m here so, lets see what you’ve got for me… Send your questions in the comments below and I’ll answer as many as I can. And we’re off! “Hello Caller, you are on the air!”