Betty Lynn, the actress who played Barney Fife’s (Don Knotts) girlfriend Thelma Lou on “The Andy Griffith Show,” has died following “a brief illness.” She was 95.

“It is with an extremely heavy heart that we announce the passing of Betty Lynn,” the Andy Griffith Museum posted to its official Facebook page. “Thank you to all for your prayers, cards and love. Betty will be dearly missed by all of us. We love you Betty.” 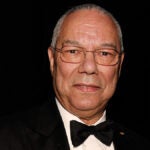 In 1945, Lynn began touring overseas as part of the USO’s Foxhole Circuit. After World War II, she received a special commendation from the U.S. War Department, and was later named Honorary Colonel in the American Legion.

Back on U.S. soil, Lynn signed a deal with 20th Century Fox. Her first film there was 1948’s “Sitting Pretty.” In addition to Fox films, Lynn also did some Warner Bros. pictures as a loaner of sorts, then transitioned to television, which was still in an infancy stage. All the while, Lynn worked on stage and radio as well.

While mostly under contract with Disney, Lynn did a ton of TV westerns in the 1950s and ’60s. Disney released her in time to do “Andy Griffith.” 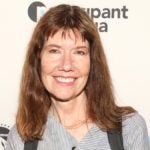 Lynn appeared in 26 episodes of “The Andy Griffith Show,” from 1961-66. In 1986, Thelma Lou and Barney Fife were married in the made-for-TV movie “Return to Mayberry.”

After “Andy Griffith,” Lynn continued her TV work. She even reunited with Griffith as his “Matlock” Season 1 secretary.

Lynn’s autobiography is expected to be published posthumously, the Andy Griffith Museum said. A private burial service is planned in Culver City, Calif. A memorial service will be announced at a later date.