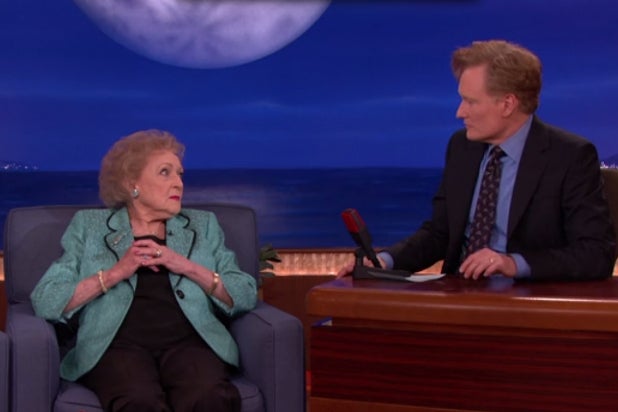 Betty White‘s still got it after all these years.

The “Hot in Cleveland” actress got a standing ovation from the “Conan” crowd on Tuesday night, and repaid them with her still-sharp comedic timing and a few free lessons in flirting.

The age-inappropriate flirtation began with a simple touching of the TBS host’s hand, but it went way further than that.

When Conan O’Brien expressed his enjoyment of the skin-on-skin contact, the 92-year-old White retorted,  “I’ll touch whatever you want sweetie.”

The “Golden Girls” star then dropped some longing gazes on O’Brien and his co-star Andy Richter.