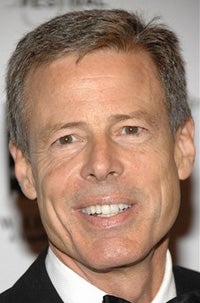 During a conference call with investors call to discuss Time Warner’s quarterly earnings on Wednesday, chief executive Jeff Bewkes was asked to address reports of a potential partnership between CNN and CBS News.

“It’s no secret we’ve talked to other news organizations in the past,” Bewkes said. “We’ve long been in discussions” with broadcast new networks to “alleviate some of the cost problems associated broadcast news operations have.”

Bewkes added: “We have economies of scale that the old news operations don’t.” That said, there is “nothing definitive” to report, he said.

Bewkes also scoffed at the idea that CNN’s slumping ratings were the impetus for talks with CBS. “It’s not because of a CNN issue,” he said. “It’s because of imperatives at the broadcast companies.”

“The thing that gets a lot of attention is the ratings,” he continued. “We’re not happy with the ratings, we’re working to fix that. The ratings, while they have a decent amount of importance … we’re increasingly selling broader products than the competition can match.”

CNN, he said, has “the fastest growth” of any network in the Turner portfolio.

CNN “also has the biggest reach” of its competitors, but “our viewers tune in for shorter periods” of time. Bewkes said the network “needs to make the broadcasts more compelling” to “increase the time spent viewing.”

“We’re looking forward to working with CBS. We have a lot of synergies in sports and other opportunities as we talked about this morning, but we don’t have any need or desire to own a broadcast network,” Bewkes said, momentarily forgetting Time Warner owns 50 percent of The CW.