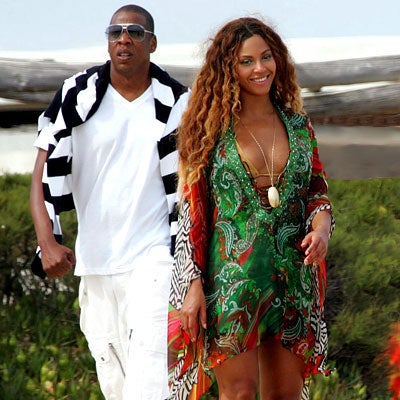 Beyonce and Jay-Z are both big recording stars in their own rights. But together, they’re a financial juggernaut.

In fact, in the parlance of our times, they may be too big to fail.

According to Forbes.com, the pop star and the rap singer brought in a combined $162 million last year from their records, movie roles and endorsement deals for products like Budweiser and American Express.

That’s good enough to earn them the top spot on the website’s list of the 15 top earning Tinseltown couples.

When it comes to celebrities duos, Beyonce and Jay-Z tower over the competition.

Sliding into the second spot are Harrison Ford and Calista Flockhart with $69 million in combined earnings.

Unlike the two singers, however, that famous May-December romance is heavily slated towards Ford’s side of the ledger. He brought in $65 million last year for his film roles, while Flockhart earned $4 million for her starring role on ABC’s "Brothers and Sisters." In contrast, Beyonce brought in a staggering $87 million and Jay Z netted a still formidable $35 million.

To come up with its list, Forbes talked to agents, managers, producers and lawyers to determine what celebrities earned from movies, touring, album sales, professional sports contracts, and endorsements.