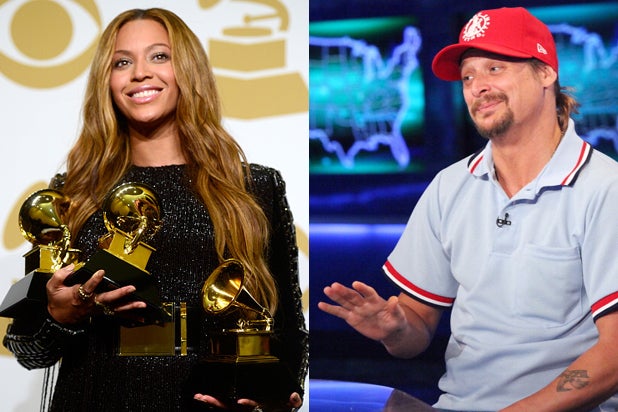 Kid Rock has found himself in another feud, and this just may be the strangest of them all.

The “American Bad Ass” singer slammed Beyonce in a recent Rolling Stone interview, which did not sit well with her legions of fans — known as the Beyhive — who immediately took action via social media.

The rocker said he was “flabbergasted” by the “Drunk in Love” singer’s fame. “Beyonce, to me, doesn’t have a f—ing ‘Purple ,’ but she’s the biggest thing on earth,” he told Rolling Stone. “How can you be that big without at least one ‘Sweet Home Alabama’ or ‘Old Time Rock & Roll’?”

And he didn’t stop at criticizing her library of music.

Fans of Beyonce swarmed Rock’s Instagram comment section with emojis of bees, forcing the musician to respond by posting a photo of insect repellent.