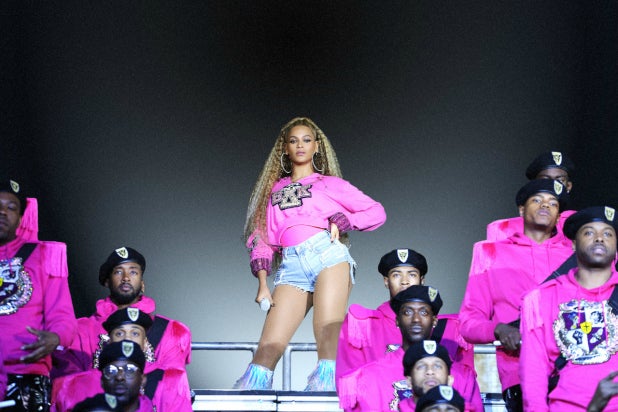 Beyonce’s “Homecoming” has landed three nominations to lead all films in the first round of noms for the Cinema Eye Honors, a New York-based awards ceremony established in 2007 to honor all aspects of nonfiction filmmaking.

It faces off in that last category against “Apollo: Mission to the Moon,” “At the Heart of Gold: Inside the USA Gymnastics Scandal,” “Breslin and Hamill: Deadline Artists,” “Leaving Neverland” and “The Sentence.”

Other shows with multiple nominations were the broadcast series “Salt Fat Acid Heat” and “Tricky Dick,” which received two each.

Cinema Eye also revealed the nominees in its Heterodox category, which honors films that blur the line between fiction and documentary. Mati Diop’s “Atlantics,” which won the Grand Prix in Cannes and is now competing in the Oscars international race, was a nominee, along with Alma Har’el’s “Honey Boy,” Alex Rivera and Cristina Ibarra’s “The Infiltrators,” Joanna Hogg’s “The Souvenir” and Pedro Costa’s “Vitalina Varela.”

Godfrey Reggio’s “Koyaanisqatsi” will receive the Legacy Award, which puts it on a Cinema Eye honor roll of influential nonfiction films.

“The Disappearance of My Mother”
Benedetta Barzini

“For Sama”
Waad and Hamza al-Kataeb

“Knock Down the House”
Alexandria Ocasio-Cortez

“What You Gonna Do When the World’s On Fire?”
Judy Hill

“In the Absence”
Directed by Seung Jun-Yi