Beyonce’s “Lemonade” is a lightning rod for tabloid speculation, a rare direct commentary on a pop star’s personal life and a groundbreaking piece of multimedia marketing.

Which makes it easy to forget what else it is: a vital work of art and essential celebration of African-American womanhood.

Long after we stop speculating about individual lines — who is Becky with the good hair? — “Lemonade”-as-art will survive.

It’s easy to see how the hype has, initially, overshadowed the art. “Lemonade” was a mysterious HBO special announced only a week before it aired on Saturday.  It was accompanied by a vague trailer of scenes starring Beyonce and a score that revealed little about what the effort would sound like. Beyonce and her marketing machine masterfully built anticipation.

What “Lemonade” turned out to be was a short film and “visual album,” a phrase Beyonce famously coined in the surprise release of her self-titled fifth studio album. That project was a record of 13 new songs with a complete music video to accompany each, plus a few bonus clips.

Unlike that work, “Lemonade” is a continuous, stream-of-consciousness film. It features music from a new body of work, a sixth studio album also titled Lemonade, consisting of 11 new songs (and the previously announced, attention-grabbing single “Formation”). 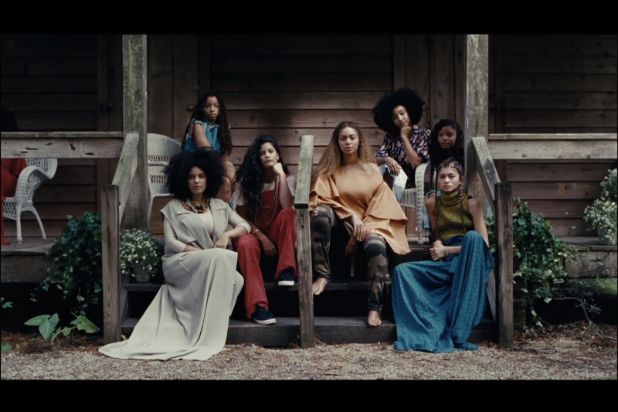 The music (more on that in a moment) has unmissable themes of infidelity and deceit, presumably on the part of husband Jay-Z.

Like so much art — and marketing — it is filled with contradictions we can endlessly parse. Beyonce first released the album on Tidal, a platform in which he is a stakeholder.

The short film is a massive feat: Beyonce treks across the Antebellum south, the dark corners of New Orleans, the lonely streets of Downtown Los Angeles. She dances on dark sets in seedy nightclubs, bathes in the Pacific Ocean, vandalizes cars on a movie studio lot — all while emoting over an unspeakable betrayal.

Whereas the visual album of 2013 offered self-contained worlds in the formal tradition of music videos, “Lemonade” brings us a singular artistic expression — Beyonce’s world incarnate. 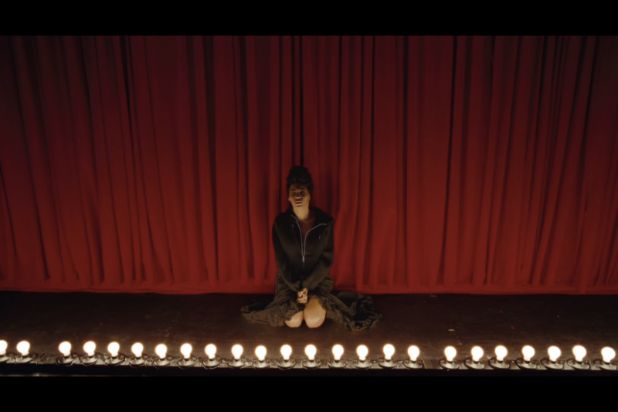 The film rolls out in chapters with titles like “Intuition,” “Denial,” “Apathy” and “Resurrection.” As a narrative device, Beyonce reads from the poetry of  Somali-British poet Warsan Shire to guide viewers through her rolling inner-monologue, before firing off another song.

Shire’s words evoke a deep and unrelenting pain over a cheating lover, and when uttered by Beyonce (completely submerged in a water tank decorated like her bedroom, writhing and gasping for air), the film becomes art beyond the conventions of pop music. Beyonce quotes Shire:

I threw myself into a volcano.
I drank the blood and drank the wine.
I sat alone and begged and bent at the waist for God.
I crossed myself and thought… I saw the devil.
I grew thickened skin on my feet.
I bathed in bleach and plugged my menses with pages from the Holy Book.
But still inside me coiled deep was the need to know.
Are you cheating?

She offers indelible images of black womanhood, a theme Beyonce deployed to great success, acclaim and criticism on “Formation.”

“It cuts back all the macho gristle leaving only a strong matriarchal line. Visual references are from an (unfortunately) secret canon of women, black women directors like Kasi Lemmons (‘‘s Bayou’) and Julie Dash (‘Daughters of the Dust’),” wrote Billboard magazine in their review.

It also makes lemonade of a long-lingering storm cloud over Beyonce’s spotless public persona — a turbulent relationship with father and former manager Matthew Knowles, who raised the singer and catapulted her to stardom as the lead singer of Destiny’s Child. 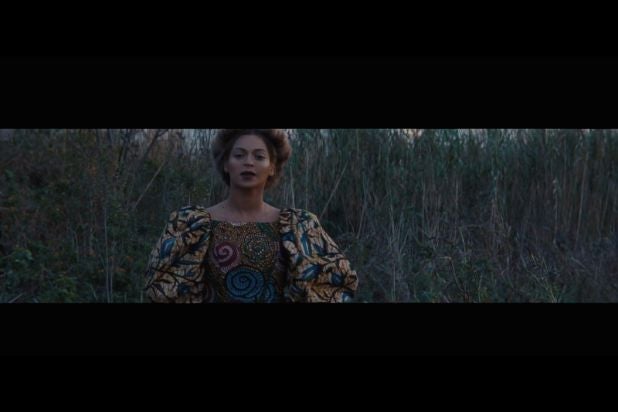 “She sings wholeheartedly, encapsulates deep dilemmas in terse singalong lines and touches on ideas and emotions that so many people feel,” wrote The New York Times. “She is a star whose world is vastly different from that of her listeners. But in matters of the heart, with their complications and paradoxes, Beyoncé joins all of us.”

Rolling Stone observed: “We don’t know if Beyoncé draws from personal experience for these songs. More important is how she illustrates a cogent argument that strong and empowered women make better societies.”

More work by the artists responsible for ”Lemonade“

Everyone seems to agree: "Lemonade" is a true cinematic beauty. Pause the hour-long film at any time and you have a perfectly shot freeze-frame of Beyonce being intimidating, tender, or full of life. Credit goes to Beyonce for her focused creative vision, but also to these directors who brought their own styles to the table and helped make "Lemonade" such a visual feast.
View In Gallery
x