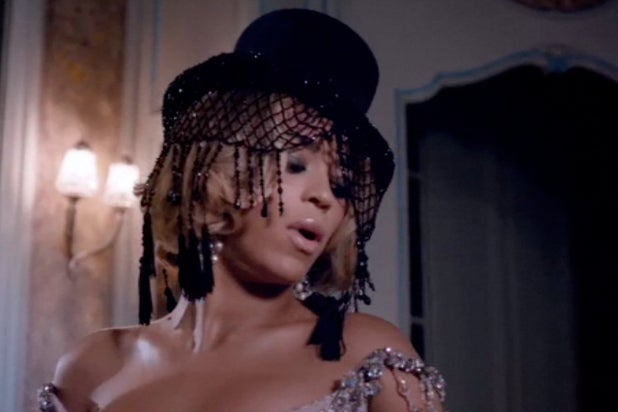 Don’t fret, Beyonce — Walmart’s got your back. So long as you keep it clean, that is.

Target, however, will not be selling the pop star’s new self-titled album — a surprise bombshell release that dropped on iTunes last week. The nature of the its debut is exactly the reason that the big box store will not be stocking its “B” section with the hot-selling album.

“At Target we focus on offering our guests a wide assortment of physical CDs, and when a new album is available digitally before it is available physically, it impacts demand and sales projections,” a Target spokesperson told TheWrap. “While there are many aspects that contribute to our approach and we have appreciated partnering with Beyonce in the past, we are primarily focused on offering CDs that will be available in a physical format at the same time as all other formats. At this time, Target will not be carrying Beyonce’s new self-titled album ‘Beyonce.'”

But Walmart is still cool with the songstress.

“At the end of the day it comes down to taking care of our customers, so we’ve decided to carry Beyonce’s new album,” a Walmart spokesperson told TheWrap. “It will be in stores Friday.”

Per Walmart’s long-standing policy, the clean version of “Beyonce” will be the only one for sale.

For now, Beyonce’s 14-song, 17-video compilation is still exclusively for sale on iTunes for $15.99. The Apple music-downloading platform was given a one-week head start on physical production. The result has been a staggering success for iTunes, with “Beyonce” easily breaking its U.S. one-week sales record with 617,000 purchases in just the first three days alone.

“Beyonce” is all but locked-in as a runaway No. 1 album on Billboard’s Hot 200 chart, which will be announced later Tuesday night or early Wednesday morning.