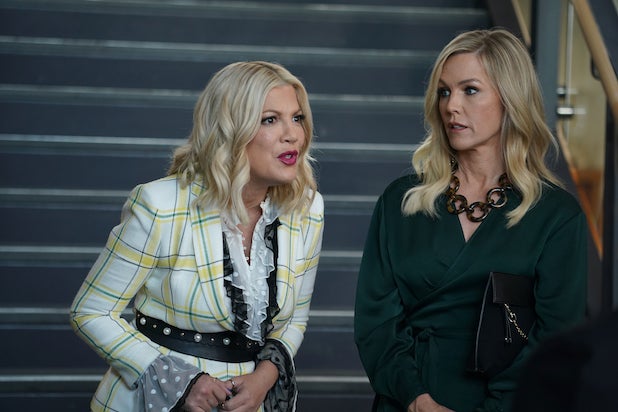 “Beverly Hills, 90210” meta-revival series “BH90210” will not return for another season, Fox announced on Thursday.

“We are so proud to have reunited in a very special summer event one of the network’s legacy series and casts with ‘90210’ fans across the country,” Fox said in a statement. “Profound thanks to and respect for Brian, Gabrielle, Ian, Jason, Jennie, Shannen and Tori, who, along with the entire crew and everyone at FOX and CBS Television Studios, poured their hearts and souls into this truly inventive and nostalgic revival.”

The six-episode show, marketed as an “event series” by Fox from the start, premiered Aug. 7 and aired its finale on Sept. 11. The story followed original cast members Tori Spelling (Donna Martin), Brian Austin Green (David Silver), Shannen Doherty (Brenda Walsh), Jason Priestley (Brandon Walsh), Jennie Garth (Kelly Taylor), Ian Ziering (Steve Sanders) and Gabrielle Carteris (Andrea Zuckerman) playing fictionalized versions of themselves — “with a healthy dose of irreverence” — as they try to get a revival of their old show off the ground.

While “BH90210” debuted to a strong 1.5 rating among adults 18-49, the most-coveted demographic among advertisers on entertainment programming, it suffered a steep “live” ratings drop over the course of its six-week run. Throughout the summer, the show averaged a 1.4 rating in the key demo and 3.5 million total viewers, according to Nielsen data through Sept. 15, which included a week’s worth of delayed viewing where available.

Paul Sciarrotta and “BH90210” co-creators Chris Alberghini and Mike Chessler were co-showrunners on the series.

“BH90210” series is based on a concept by Alberghini, Chessler, Spelling and Garth. Cast members Carteris, Doherty, Green, Priestley and Ziering also served as executive producers. The show was produced by CBS Television Studios.