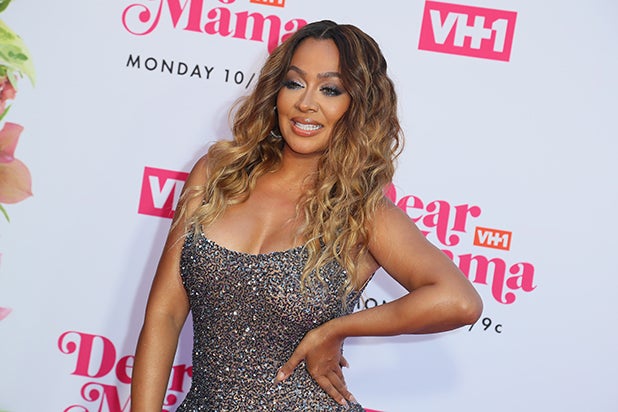 Set to debut in August, “BH90210” will feature original cast members Green, Jason Priestley, Shannen Doherty, Jennie Garth, Ian Ziering, Gabrielle Carteris, and Tori Spelling. In a meta twist, the revival will follow the original cast members playing heightened versions of themselves — “with a healthy dose of irreverence” — as they try to get a revival of their old show off the ground.

Anthony will appear in the recurring role of Shay, a superstar hip-hop/pop artist and the wife of Green’s “heightened” character. Described as the “breadwinner of the family” and “surprisingly down to earth,” Shay works while Green takes care of their three children.

The new series is based on a concept by Chris Alberghini, Mike Chessler, Spelling and Garth. Cast members Carteris, Doherty, Green, Priestley and Ziering will also serve as executive producers. It is produced by CBS Television Studios.

Fox previewed the show at its upfront event earlier this month, where it unveiled a new teaser featuring the original cast.

Shortly thereafter, news broke that Patrick Sean Smith had departed as showrunner on the meta-revival, with Paul Sciarrotta — whose previous credits include “Jane the Virgin” and The CW’s last “90210” reboot series — taking over showrunning duties, and Alberghini and Chessler serving as co-showrunners. Sciarrotta, who has an overall deal with CBS Television Studios, was previously a member of the show’s writing staff.

A number of writers exited the show alongside Smith, though according to an individual familiar with the matter, the writers’ room has since been “beefed up” and is back on track in the wake of the departures.

The original “Beverly Hills, 90210,” created by Darren Star and produced by Aaron Spelling, ran for 10 seasons on Fox between 1990 and 2000. It starred Spelling, Garth, Priestley, Doherty and Luke Perry (who died in March) as students in West Beverly Hills High School. It led to multiple spinoffs, most notably “Melrose Place.”