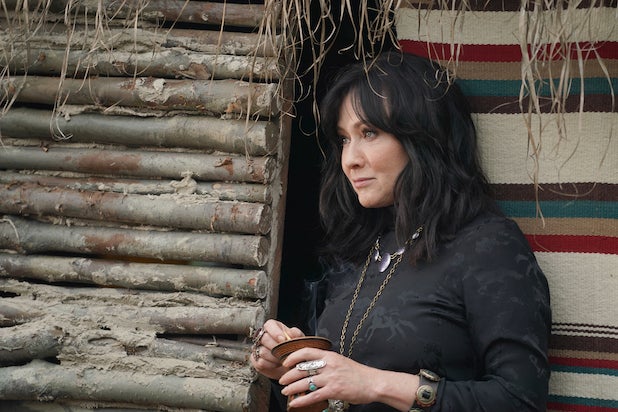 This trajectory is the (Peach) pits. “Beverly Hills, 90210” revival “BH90210” slipped again in Wednesday’s rating, forcing Fox to share first place with NBC and CBS. Fox was last among the trio in terms of total viewers.

To be fair to Fox, “BH90210” is not (yet, perhaps) getting bad ratings — they’re just no longer good enough for standalone wins. And if the trend continues, Fox may soon not even compete for the primetime tie. But listen: “America’s Got Talent” (even the recap shows) and “Big Brother” are no bums.

ABC was a non-factor last night with its all-rerun lineup, ending up in a three-way tie of its own with Spanish-language networks Univision and Telemundo.

NBC, CBS and Fox tied for first in ratings, each with a 0.7 rating in the advertiser-coveted 18-49 demographic. NBC and Fox had 4 shares, CBS got a 3. NBC was first in total viewers with an average of 4.5 million, according to preliminary numbers. CBS was second with 3.2 million total viewers, Fox was third with 2.6 million.

For ABC, the night was filled with encores.