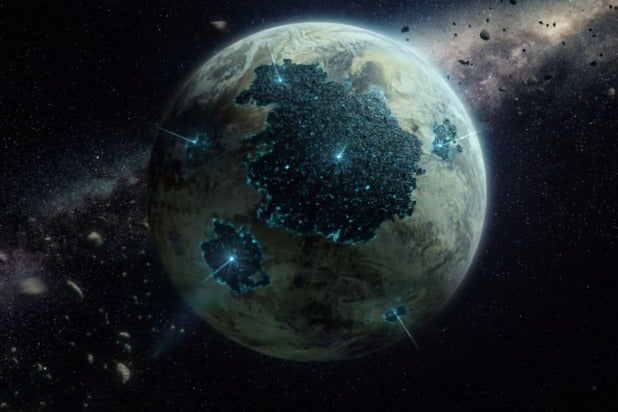 People on the Internet claiming that journalists have a bias in one direction or another is as American as baseball and Apple pie. It’s part of our way of life — what else are we supposed to do all day while we mess around on Facebook?

People in the world of video games take it to another level, though. Video games occupy a weird space in our culture, right in between tech and art. Developers build games the same way they would design a smartphone or word processing software, like they’re intended as nothing more than products that just need to function properly.

But video games are also art, and contain ideas people want to communicate, often through storytelling. At the very least, they provide subjective experiences that won’t be the same from person to person.

Also Read: Dear Video Games: Your Politics Are Showing, Whether You Like It Or Not (Commentary)

Into this weird discussion comes “Ashes of the Singularity,” a strategy game produced by developer/publisher Stardock. “Ashes of the Singularity” has so far gotten what, in the video games sphere, are considered middling reviews, averaging 69 out of 100 on the aggregation site Metacritic. For a movie, that would be a pretty good average. For games, people interpret that number to mean something probably sucks.

The lowest score for the game comes from the major video game site GameSpot, for which freelance critic Daniel Starkey gave “Ashes” a 4 out of 10. The review concludes: “The game comes off as half-finished. There is a decent foundation, but Ashes fails to build on it in a satisfying way.”

This is not an uncommon sentiment from critics and regular players alike with “Ashes of the Singularity.” Game Informer‘s Daniel Tack called it “formulaic and forgettable” and gave it a 6.75 out of 10. Rock, Paper, Shotgun‘s Brendan Caldwell said, “There’s nothing here that hasn’t been done before and done better.”

But the CEO of Stardock, Brad Wardell, publicly called out only Starkey.

I had already sent concerns to @gamespot that this guy had an issue with me due to #gamergate. 1/2 pic.twitter.com/4C4oykuk6d

If you have some bone to pick with #gamergate then do it on your own time. Don't take it out on my game's metacritic score.

I realize we're no Goat Simulator (which he gave a 6 to)… But Ashes is by any reasonable standard a very good game.

He took his complaints to the “Ashes” official site, where he published an essay called “Basic editorial standards in game reviews.” He said things like, “You’d be hard pressed to find a lot of people who think the game deserves a 4. That’s insane.”

That is a bizarre stance to take. Yes, Wardell is often known to side with the loose coalition of Internet harassers known as #GamerGate. It is possible that this colored Daniel Starkey’s review of “Ashes.” I couldn’t say for sure, because the review doesn’t mention Wardell or #GamerGate or anything other than the game itself, really. But it’s the other stuff that gets at the real problem here: The idea that “‘Ashes’ is by any reasonable standard a very good game.”

It’s obviously within Wardell’s rights to be pissed about a negative review of his game and complain all he wants to about it. But it’s a big leap from “I think you’re wrong” to “an ethical violation may have been committed.” But that’s the leap Wardell is making. Ironically, Wardell is doing the very thing he’s complaining about by attributing, without any evidence, a political motivation to someone who trashed his game.

The kicker, though, is that Wardell petitioned GameSpot to pull Stark from the site’s review of “Ashes” in early April.

Copy of email I sent to Gamespot on April 6: Concerned their reviewer had an issue w me due to #gamergate. pic.twitter.com/O1BGxvoG3v

This letter, seeking to have a critic removed from a review assignment, is definitely an ethical violation. The conflation of “reporting” and “reviewing” — two things that are in no way the same — is just hilarious icing on the cake.

Here’s what’s really going on: in video games, a 4/10 is seen as an exceptionally low score because the numbers below 6 have typically been reserved for games that are non-functional in some important way. Wardell is just pissed about that number, and its impact on the overall Metacritic score. He never addresses anything the review itself said or attempts to refute its points, instead just talking about that “4” over and over.

We see this every day in this sphere. Reader and developers alike concerned about reviewers skewing the metascore with an outlier opinion, as if not standing in agreement with everyone else is a sin against video games. Part of this is because Metacritic scores can have a meaningful effect on game sales. Part of it is just nerds thinking that a score is some kind of quantifiable mathematic equation and any deviation is factually incorrect. That certainly seems to be what Wardell is claiming, that the score Starkey gave “Ashes of the Singularity” is simply bad math. In his letter to GameSpot, after all, he refers to “Ashes” as “objectively excellent.”

Unfortunately, Brad, my calculator doesn’t tell me how good a video game is.