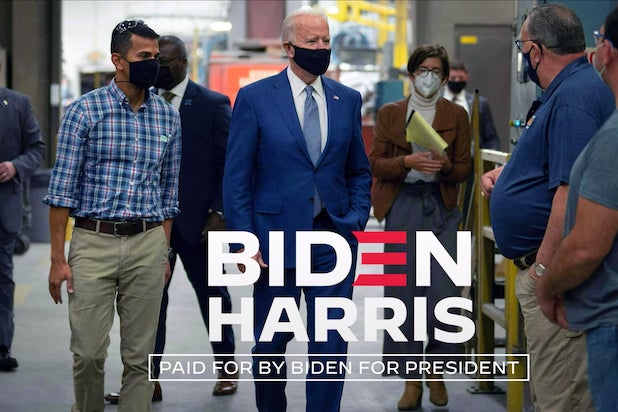 The Biden campaign has begun pulling its negative ads about Trump in light of the president’s COVID-19 diagnosis, a campaign official confirmed to TheWrap on Friday.

The decision to take down the ads was made on Friday afternoon before reports surfaced that Trump would be taken to Walter Reed, according to the Associated Press, but it is not immediately clear for how long the Biden campaign plans on withholding the ads.

Trump announced late on Thursday that he and First Lady Melania Trump had tested positive for COVID-19. On Friday, the president was transported to the Walter Reed Medical Center “out of an abundance of caution” and is expected to stay there for a “few days,” according to White House Press Secretary Kayleigh McEnany.

In a video filmed shortly before his departure to Walter Reed, Trump said, “I think I’m doing very well, but we’re going to make sure that things work out.”

On Friday morning, Biden — who tested negative — shared his well wishes for the President and First Lady.

“We will continue to pray for the health and safety of the president and his family,” Biden tweeted.