The Biden Administration will replace Trump’s orders with a new executive order that, according to The Washington Post, “will create a process to scrutinize whether apps controlled by a foreign adversary present risk to U.S. national security and the security of Americans’ sensitive personal data.”

A rep for TikTok did not immediately respond to TheWrap’s request for comment. 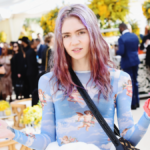 The news comes after Trump’s well-chronicled attempt to block TikTok from operating in the U.S. — unless it sold its American operations to a domestic firm — last year. At the time, Trump pointed to “credible evidence” that TikTok poses a national security threat due to its data collection policies.

TikTok has become one of the most popular apps in the U.S., where it’s racked up more than 100 million active users. Despite the app’s popularity, though, critics have shared similar concerns over its data collection policies and ties to China’s government. As Stratechery’s Ben Thompson pointed out last year, TikTok’s privacy policy explicitly states it “may share” user information “with a parent, subsidiary, or other affiliate of our corporate group,” which, based on how companies operate in China, means data can be sent to government authorities. TikTok has denied ever sharing user data with Chinese authorities.

Trump’s TikTok ban eventually led the company to make a deal in which Oracle would be its “trusted technology partner” in the U.S. But that deal went sideways, as Trump’s ban ran into several judicial challenges in the months following his executive orders. Trump’s TikTok ban had essentially been stuck in limbo ever since.

On Wednesday, The Washington Post said senior administration officials “remain concerned about the risks posed by Chinese apps,” but said Trump’s ban had faced too much pushback from the courts. “The administration is extremely committed to ensure protection of Americans’ data from foreign at-risk apps across the board,” another senior Biden official told The Post.

Ashley Gorski, a senior staff attorney with the ACLU, said in a statement on Wednesday’s Biden “is right to revoke these Trump administration executive orders, which blatantly violated the First Amendment rights of TikTok and WeChat users in the United States.”

Gorski added: “The Commerce Department’s review of these and other apps must not take us down the same misguided path, by serving as a smokescreen for future bans or other unlawful actions.”