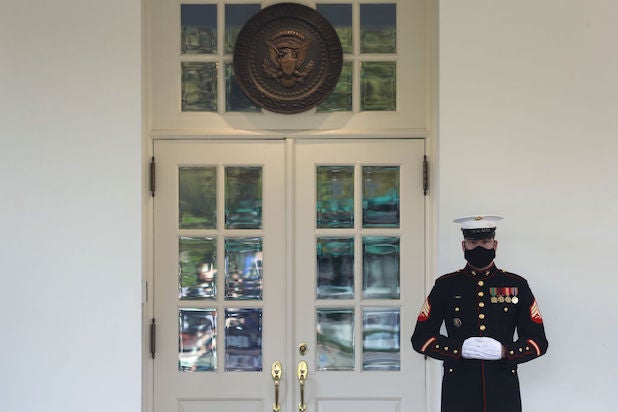 As soon as Donald Trump moves out of the White House in January, a team deployed by the General Services Administration will “thoroughly clean and disinfect” every object touched by hands in the East and West Wings before President-elect joe Biden and his staff move in, according to Politico.

Included in those objects are all doorknobs, furniture, light switches and handrails, a GSA spokesperson told Politico. And because the coronavirus is primarily spread through respiratory droplets that linger in the air, “disinfectant misting services” — provided by a private contractor — will also be used to help remove lingering droplets, according to Politico.

The Biden administration also plans to have a skeleton crew on-site at the White House to help reduce the risk of exposure while the rest will continue working remotely from home.