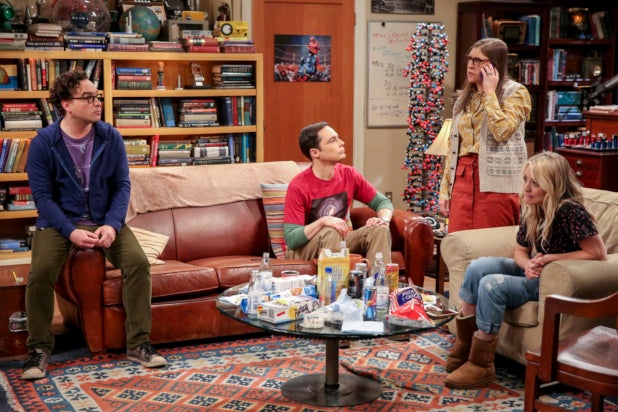 On Thursday, “The Big Bang Theory” will end its 12-year run, and perhaps nobody is calmer about it than its co-creator, Chuck Lorre.

“You can almost guarantee that a large percentage of the audience will hate what you do no matter what you do,” Lorre told TheWrap. “So you can basically relax about how it’s going to be received.”

Lorre certainly isn’t new to this, having either created or co-created eight different sitcoms, including “Two and a Half Men,” “Dharma & Greg,” Grace Under Fire,” “Mike & Molly,” “Mom” and “Big Bang Theory” spinoff, “Young Sheldon.” He’ll have yet another new sitcom next season with “Bob (Hearts) Abishola,” which will air on CBS. “People’s expectations are their expectations, and some people will like what you’ve done and how you brought the show in for a landing and others will not,” he continued. “That’s just built into the equation.”

For “The Big Bang Theory’s” ending, Lorre credits Steve Holland, who has served as showrunner for the past few seasons, for changing “the whole approach to a series finale.” Instead of a big send-off that will see Penny (Kaley Cuoco), Sheldon (Jim Parsons), Leonard (Johnny Galecki) and the gang scatter apart, Lorre says the sense of finality will be more on the emotional level.

“The finale really plays more as a transition for the characters as an emotional finale as opposed to a big, heavy, plot-driven finale,” Lorre said. “The characters aren’t packing their bags and going off to parts unknown, or getting on a spaceship and going to Mars.”

There was a time when the series wasn’t sure it would make it past Season 1, but it can thank the Writers Guild of America Strike in 2007 to 2008 for inadvertently giving it a second chance. “We didn’t know if we would get a second season,” Lorre said during a set visit in February. “We shot eight shows before the strike and they ran those shows over and over and over again, and it built a following.”

It ended up getting way more than that. In fact, when “Big Bang Theory” wraps up with its 279th episode, it will cement itself as the longest-running multi-camera series in television history.

Also Read: Life After the 'Big Bang Theory': How CBS Is Preparing for the End of Its Long-Running Sitcom

It’s been among the top 3 most-watched series on TV for the last seven years, earning 10 Emmy wins, including four consecutive Best Actor in a Comedy wins for star Jim Parsons. The show’s soundstage — Stage 25 at Warner Bros. Studios — was even renamed as “The Big Bang Theory Stage,” only the fifth time Warner Bros. has dedicated a specific sound stage.

There’s one effect of “The Big Bang Theory” that will be felt long after the show ends: Its role in getting people more interested in the STEM (Science Technology Engineering and Mathematics). In 2015, the show endowed a scholarship fund at UCLA to provide financial aid to undergraduate students pursuing degrees in the STEM fields.

“There was an uptick in young people pursuing technological fields because ‘The Big Bang Theory’ made it look appealing,” Lorre said, calling it one of the “coolest, unexpected results” of the show’s legacy. “We didn’t set out to do that, but that’s what happened. I think that resulted in people considering these fields as a legitimate path to go, as opposed to being a bond trader in Manhattan.”