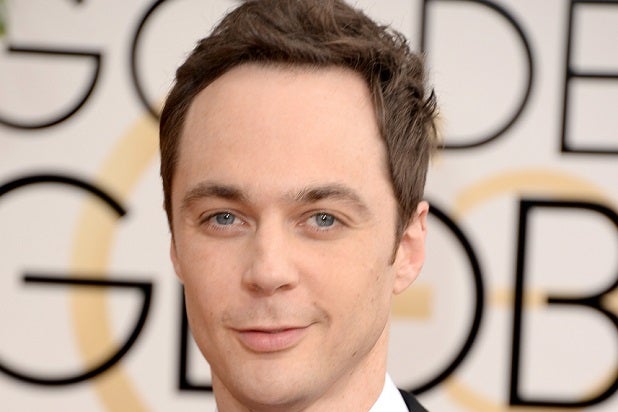 Looks like Kaley Cuoco isn’t the only “Big Bang Theory” star who has trouble following instructions.

Mayim Bialik, who plays Amy on the hit CBS sitcom, took to Instagram this week to share a photo of her colleague Jim Parsons on set, flaunting his own brand of defiance.

In the photo, a bespectacled Parsons is seen next to an object clearly marked, “Do Not Lean on Me.”

And what’s he doing? That’s right — leaning against the very object that unambiguously asked not to be leaned on.

Careful, Mr. Parsons; with an attitude like that, you might find yourself out of a job before long — oh, right…

But Bialik, who plays the onscreen wife of Parsons’ Sheldon on the series, made it obvious that she has a thing for bad — or at least mildly disobedient — boys.

“My #mancrushmonday? This rebel,” Bialik captioned the photo.

Check out Bialik’s post below to see Parsons stick it to the inanimate object.