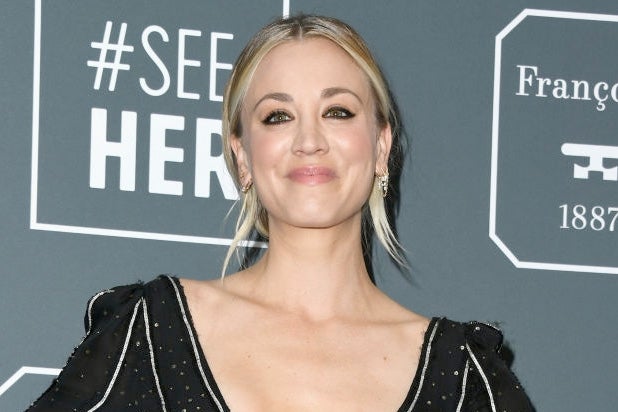 The end is near when it comes to “The Big Bang Theory,” and it appears that fact is really starting to settle in with series star Kaley Cuoco. Like, really sink in.

Cuoco, who plays Penny on the sitcom, shared an image via Instagram on Monday that explicitly stated a fact that has been known for a while, but has perhaps been difficult to grasp for those who hold the show near and dear.

The image showed Cuoco and her co-stars — Kunal Nayyar, Jim Parsons, Johnny Galecki, Mayim Bialik and Simon Helberg — with heir heads turned to look behind them.

Above the actors stood the words “The Final Season” and “The Big Bang Theory.”

“If it wasn’t real before, it’s real now,” Cuoco wrote of the image, punctuating her sentiments with a crying emoji.

“The Big Bang Theory” is set to end its run with its current 12th and final season, with a one-hour series finale scheduled for Thursday, May 16 At 8/7c.

“NOOOOOOOO!!!!” wrote one commenter, a sentiment that was echoed nearly letter-for-letter by other commenters.

“It’s a great picture of all of you but it’s making me want to [cry] since the end of the show is near,” another fan lamented.

“Please say it isn’t sooooo…… I know it’s coming but I’m not ready,” another fan wrote.

If it wasn’t real before, it’s real now ???? @bigbangtheory_cbs #finalseason