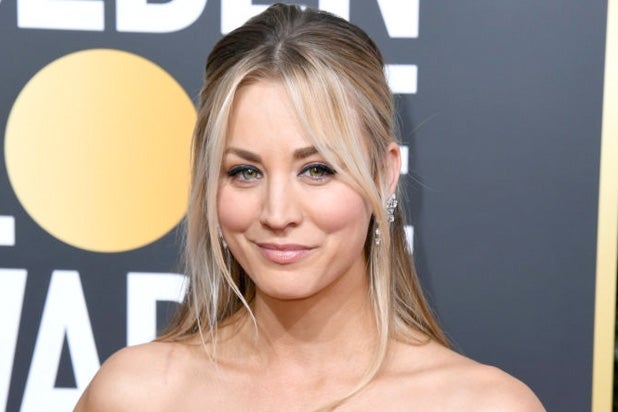 With Cuoco’s CBS sitcom “The Big Bang Theory” preparing to end its run Thursday night with its series finale, Cuoco shared a behind-the-scenes glimpse of herself engaging in a cherished (for her, anyway) tradition — disregarding her colleagues’ input on the set of the series.

“A final ‘not paying attention’ shot from tonight’s @bigbangtheory_cbs finale!” Cuoco wrote of the image she shared.

The image itself depicted Cuoco, surrounded by peers including co-star Jim Parsons, staring past them and into the camera as they presumably tried to impart some important information to Cuoco.

Parsons, meanwhile, wore an expression of rapt attention as he received input.

Hey, no big deal; it’s not like Cuoco was preparing to film the final moments of an immensely popular series that she’d spent 12 seasons on or anything. Oh, wait…

“The Big Bang Theory” will wrap its run with an hour-long series finale on Thursday, May 16 from 8 to 9 p.m. ET/PT. After the finale, “Big Bang” spinoff “Young Sheldon” will air its second-season finale, after which CBS will air a behind-the-scenes special on “The Big Bang Theory.”

The hour-long special, “Unraveling the Mystery: A Big Bang Farewell,” will air at 10 p.m. ET/PT. The special will be hosted by Johnny Galecki and Kaley Cuoco, who will share some of the “best kept backstage secrets” from the 12-season comedy. The show will also give viewers a look at Warner Bros.’ Stage 25, where the series is filmed.

Until then, see Cuoco display her attention to inattention below.