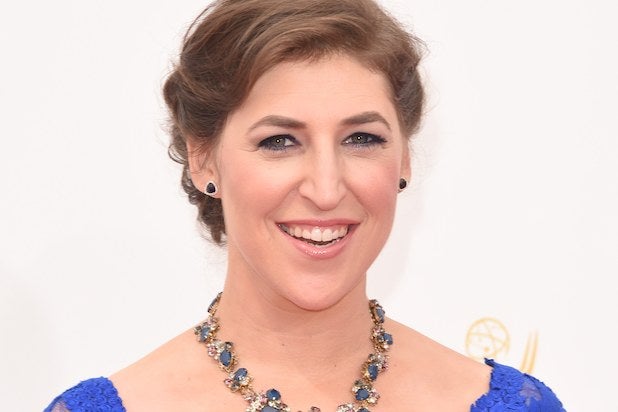 If you were hoping for a colorful behind-the-scenes glimpse into the CBS comedy’s final episodes, Mayim Bialik won’t be much help with her on-set selfie.

Bialik did, however, share a sweet moment with her co-star Jim Parsons via her Instagram account Tuesday, noting that the sitcom has filmed “what is likely our last outdoor scene.”

The revelation was accompanied by a black-and-white photo of a smiling Parsons and Bialik which, while heartwarming, was also, according to Bialik, less than ideally composed.

“We filmed what is likely our last outdoor scene yesterday … this was first thing in the morning and we both look a tad sleepy and my big ole face is too close to the camera but I wanted to share it anyway …,” Bialik wrote of the image.

“The Big Bang Theory,” which is currently in its 12th and final season, is set to wrap things up with an hour-long series finale scheduled for Thursday, May 16 from 8 to 9 ET/PT on CBS.

Bialik added the hashtag “#windingdown” to her post, a sentiment that wasn’t lost on many fans who shared their sadness in the comments section.

“I don’t like the word ‘last’!!! I don’t want The Big Bang Theory to end…,” read another comment.

“Omg I’m so sad it’s ending … been watching since day one,” read another likeminded response.