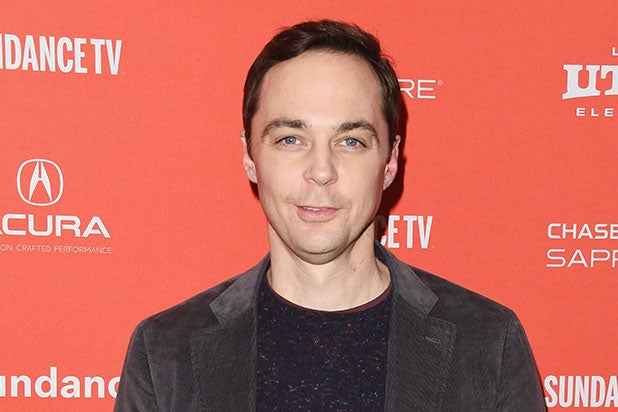 Looks like there’s a little one in the picture for “Big Bang Theory” stars Jim Parsons and Mayim Bialik. In a manner of speaking.

“Big Bang Theory” star Bialik, who plays onscreen spouse Amy to Parsons’ Sheldon on the CBS comedy, took to Instagram on Tuesday to share a behind-the-scenes photo with her co-star — and oh, baby, it’s a good one.

The photo depicted Parsons and Bialik sitting on a couch,with beaming smiles on their faces and a baby doll in their hands.

As Bialik explained, the faux tot was a stand-in for an episode of the series.

“Wolowitz [baby] stand in!” Bialik wrote of the image. “From the episode where the gang babysits with Howard.”

Fans couldn’t help but have some fun over the image in the comments section of Bialik’s post.

“Jim, I have to tell you…. You are so good with fake babies!” read one reply.

“He has Jims [sic] smile and your hair, Mayim,” another fan wisecracked.

And yet, despite the playful nature of the post, one fan couldn’t help but use the opportunity to lament that the series is drawing to an end with its current 12th and final season.

See Parsons and Bialik get all dolled up in the photo below.

Wolowitz ??’? stand in! From the episode where the gang babysits with Howard.