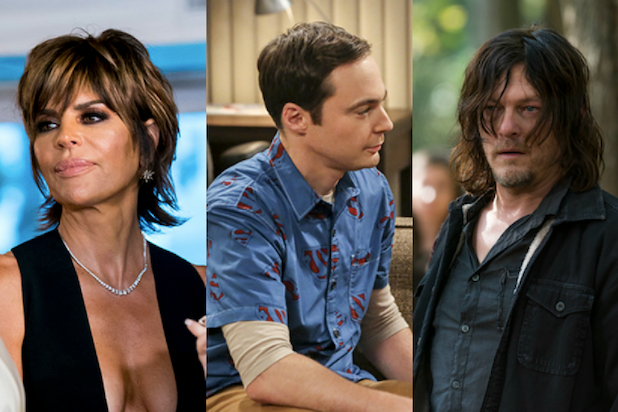 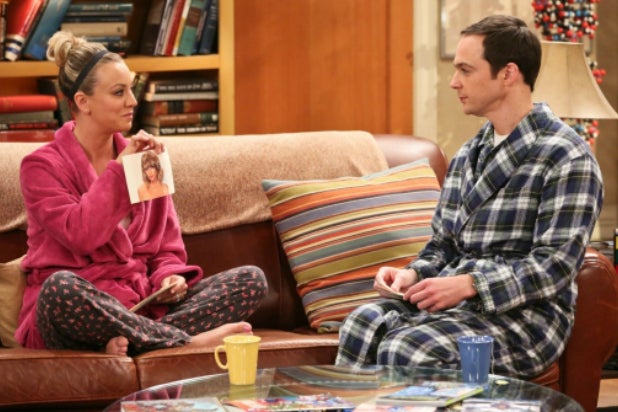 CBS
"The Big Bang Theory"  Maybe it’s the heavy-handed laugh track or the recurring jokes that grew stale after 11 seasons, but “The Big Bang Theory” has frequented many “hate-watch” lists. The “geek squad” has become a tired trope to many viewers. And now that hipper, darker series, like “Silicon Valley,” are saturating the television landscape, perhaps “The Big Bang Theory” is coming to a rightful end. 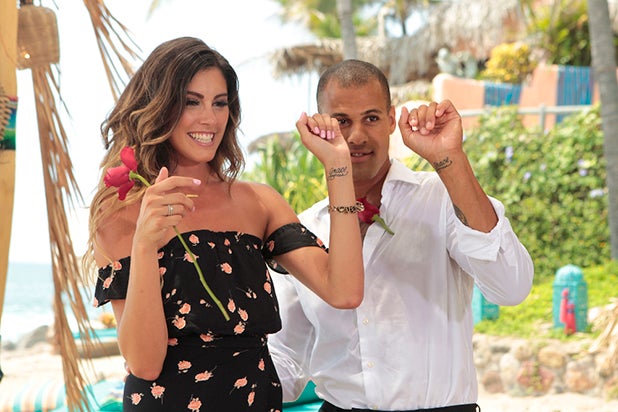 ABC
"Bachelor in Paradise"  If “The Bachelor” is like a holiday trip to Aspen, “Bachelor in Paradise” is spring break on the most depraved beaches of Cabo. Without the looming pressure of a finale proposal, contestant are free to be their most liberated selves -- which inevitably results in plenty of low-tier entertainment. 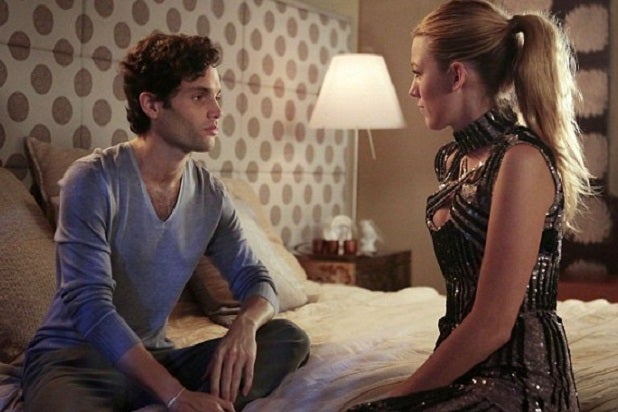 The CW
"Gossip Girl"  Watching teenagers spend most of their days strutting around in couture dresses and attending elite parties instead of attending classes requires some kind of masochism. Yet, there's something about high-class drama and the intimidatingly attractive characters that maintained a hold on viewers during its run from 2007 to 2012. 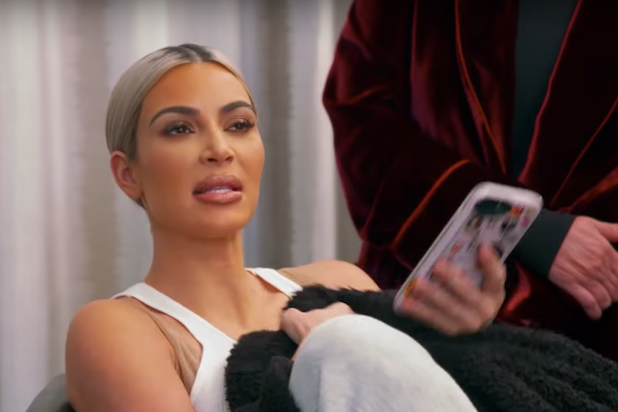 E!
"Keeping Up with the Kardashians"  It's like the real-life, West Coast version of "Gossip Girl." Except instead of fictional private-school teenagers, the show depicts actual grown men and women fighting and complaining over the most trivial matters. In other words: It's can't-miss reality TV. 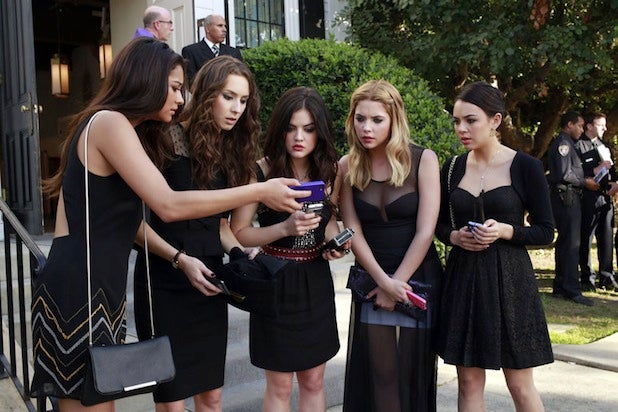 Freeform
"Pretty Little Liars"  If shows like “Big Little Lies” and “Sharp Objects” can unveil the identity of their villains in eight episodes or less, why did it take “Pretty Little Liars” seven seasons to do so? The ridiculous wild goose chases and red herrings didn’t fuel suspense so much as it feed viewers’ frustrations with the show, which aired from 2010 to 2017. 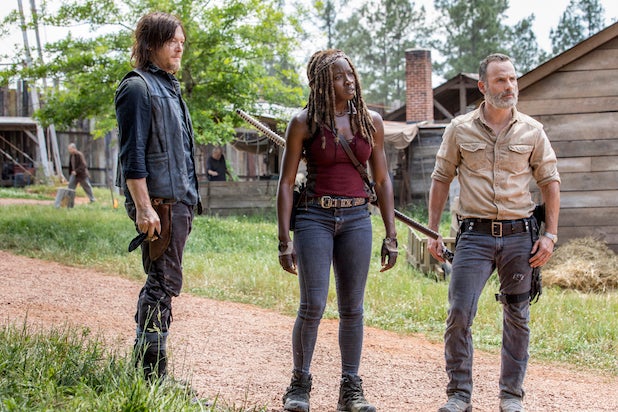 AMC
"The Walking Dead"  A common thread through many of the entries on this list is shows that have simply gone on too long, and “The Walking Dead” certainly fits the bill for many fans-turned-haters. You know a show has expired when hardly any of its original characters are still alive, and with Andrew Lincoln announcing his departure, it may have lost its center. 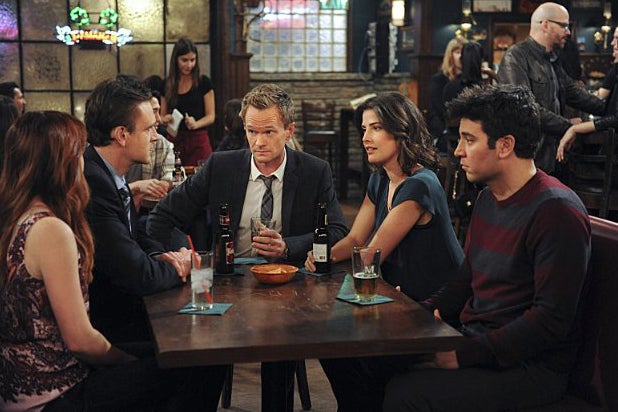 CBS
"How I Met Your Mother"  Sitcoms are starting to sputter into the realm of irrelevance, so it’s lucky that “How I Met Your Mother” ended in 2014. However, even during its run, the CBS show was criticized for being formulaic, even a carbon copy of another sitcom, “Friends,” with similar character archetypes. 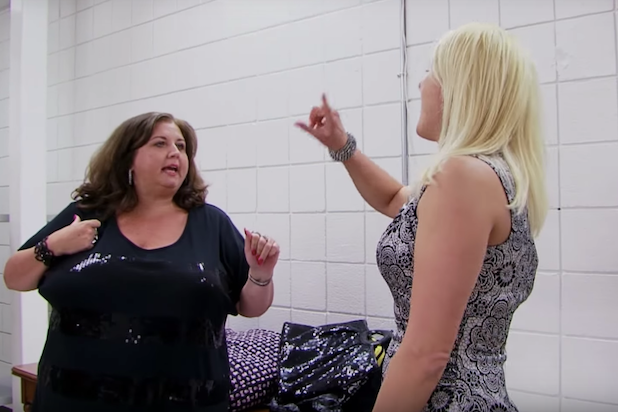 Lifetime
"Dance Moms"  The dancers on this show are unquestionably talented, but let’s be honest: The real reason why most people tuned in was to watch instructor Abby Lee Miller harpy-screech at her students -- and their moms -- with absolutely no shame whatsoever. And hate-watchers ate it up until the show's end in 2017. 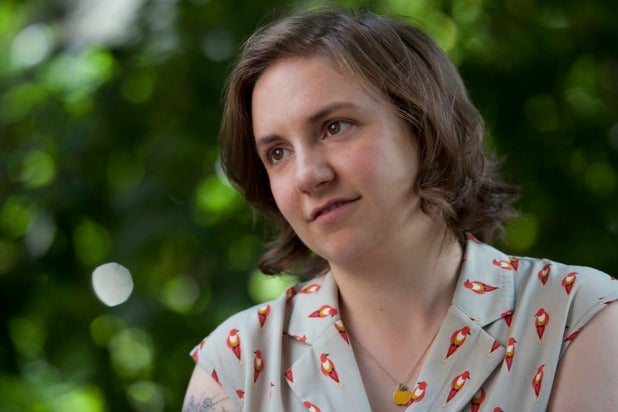 HBO
"Girls"  The HBO show has been lambasted by many for failing in its attempt to depict millennial life and the struggles of “adulting,” instead showing what happens when four dysfunctional twenty-somethings refuse to grow up. One of the most confounding parts of the show: All the characters have spacious apartments and never-ending rotations of chic outfits despite long spates of joblessness -- in New York City. 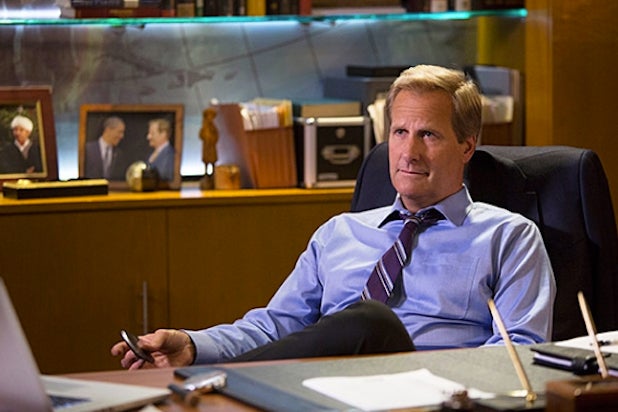 HBO
"The Newsroom"  This defunct HBO series has frequently been compared to another Aaron Sorkin show, “The West Wing,” to its own detriment. Unlike “The West Wing,” “The Newsroom” drew criticism for its winding speeches and attempts to rewrite the past by showing alternate decisions on major news stories. But still, something about the fast-paced setting and jabbery dialogue made people want to at least try to understand what was going on. 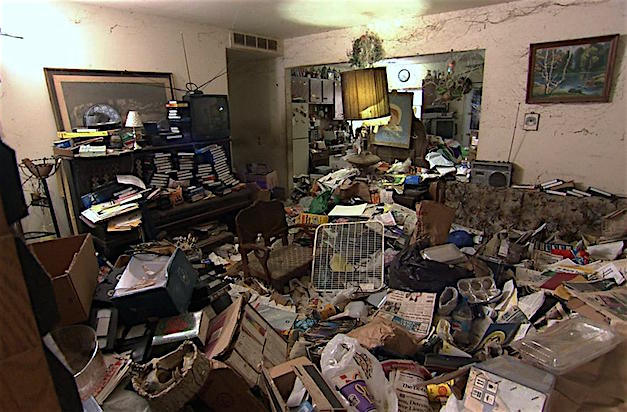 A&E
"Hoarders"  Many fans of the A&E show tune in to see just how extreme the homes featured are. Items found include dead cats and jugs of urine. Another camp of viewers advise against watching the show altogether, arguing it exploits people who have real problems for a shock factor.

HBO
"Westworld"  It’s OK to admit that you don’t understand every plot point and every one of Anthony Hopkins’ ominous speeches in “Westworld.” In fact, being confused by “Westworld” is just another part of the viewing experience for many. 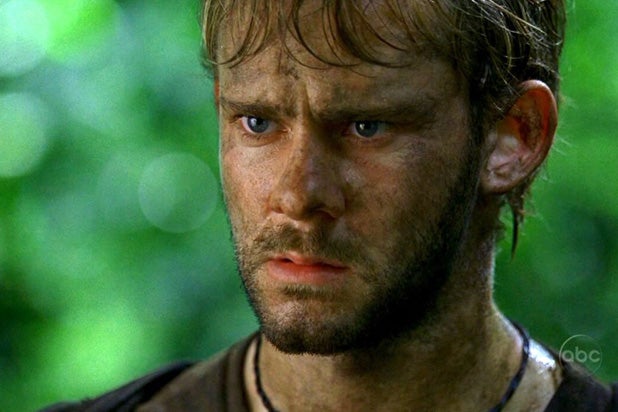 ABC
"Lost"  Fans of the ABC show griped en masse about the last few seasons over how showrunners failed to tie up loose ends and answer burning questions. The pinnacle of hate came with the season finale -- which remained up for debate for years until Damon Lindelof and Carlton Cuse finally closed the book on it in 2014. And no, the island-dwelling survivors were not dead the whole time. 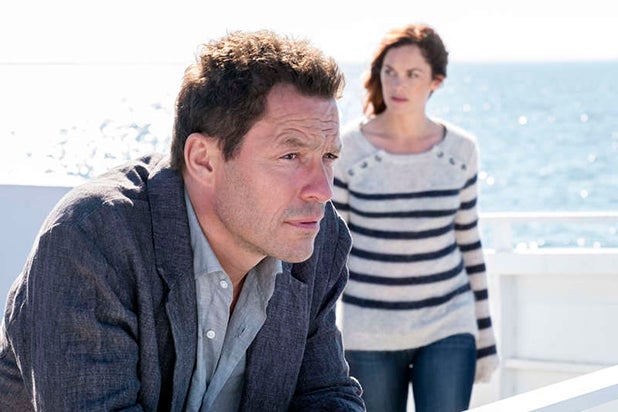 Showtime
"The Affair"  Viewers don’t hate the show as much as they hate one of its central characters, Noah Solloway (Dominic West), a struggling academic and one half of the titular affair. In a storyline that is depicted from multiple characters’ perspectives, his are always womanizing and ignorantly self-serving. 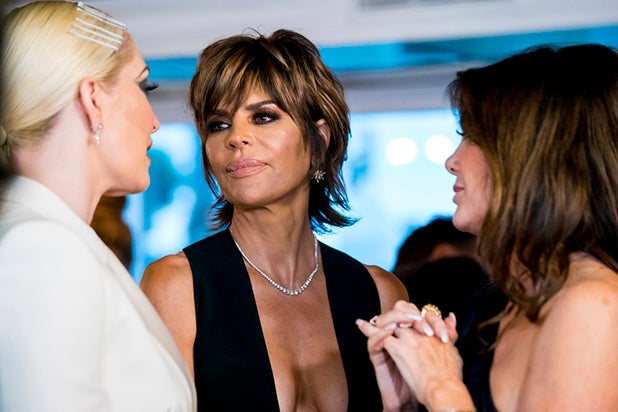 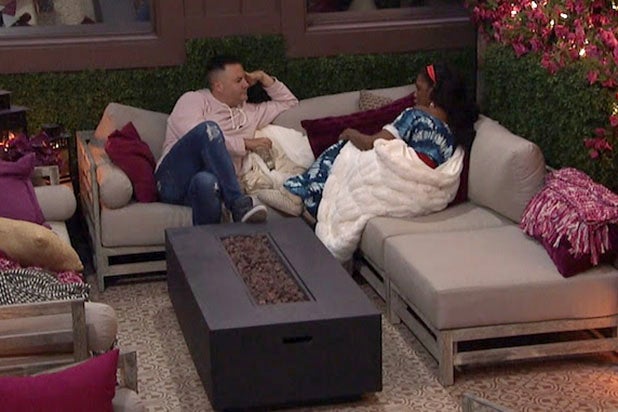 CBS
"Big Brother"  Watching “Big Brother,” a show where contestants live together in a house outfitted with tons of cameras, is like looking into a mirror that reflects our worst, most candid selves. It even became an outlet for former White House aide Omarosa Manigault Newman, who expressed her ire over the Trump administration during her stint on "Celebrity Big Brother." 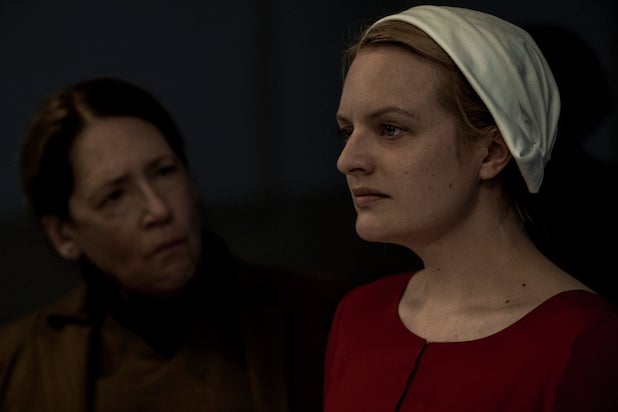 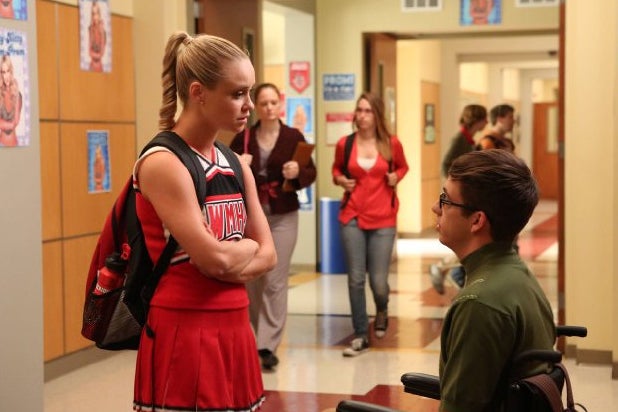 Fox
"Glee"  For every person who loved the Fox show for its inspiring underdog storylines, there was another that despised it for its cheesy musical covers and stereotypical characters (ditzy cheerleader, quiet Asian, etc.). The series lost its luster after six seasons and the replacement of much of its original cast. 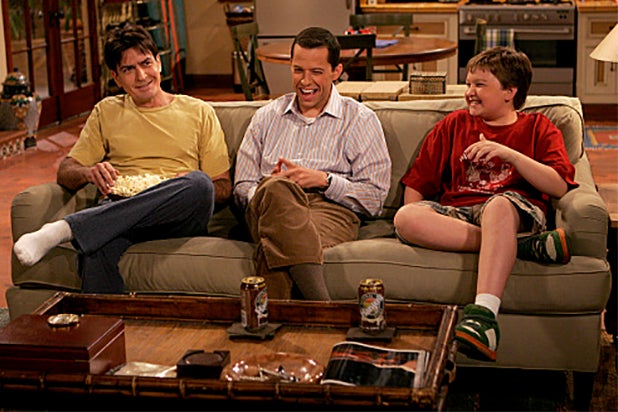 CBS
"Two and a Half Men"  Even before the Charlie Sheen debacle, "Two and a Half Men" has sparked debate for its thin portrayal of one-dimensional female characters. One of its stars, the “half man” (Angus T. Jones), went so far as to call the show “filth.” 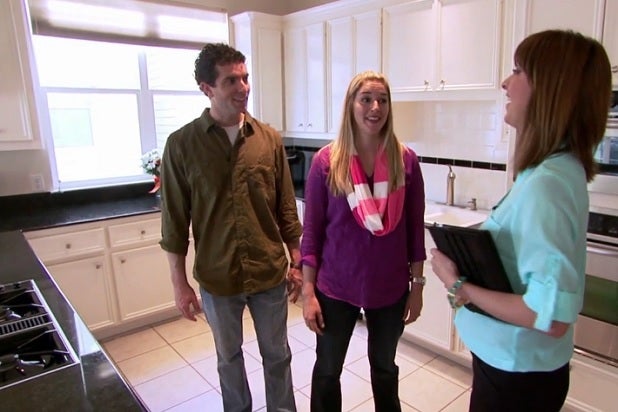 HGTV
"House Hunters"  Though putting on HGTV is usually a pretty mellow experience, House Hunters often gets its viewers riled up and frustrated over exorbitant checklists its couples have, who still demand to remain under budget. 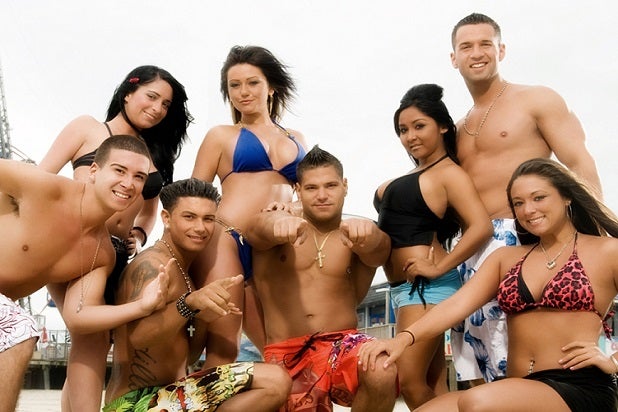 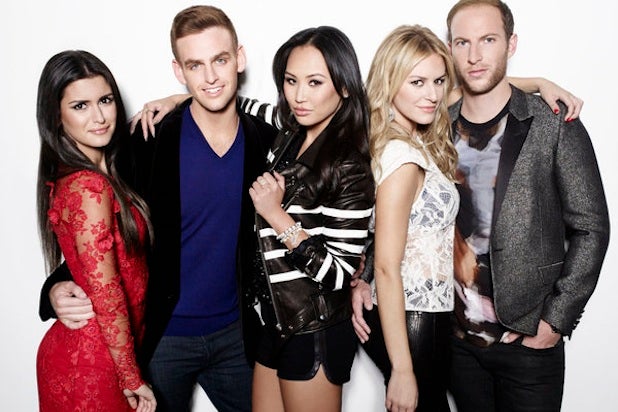 E!
"Rich Kids of Beverly Hills"  Let's make one thing clear: The rich “kids” featured in the show are all grown adults in their twenties. This tidbit makes their monthly allowances and “funemployed” statuses a tougher for audiences to swallow. 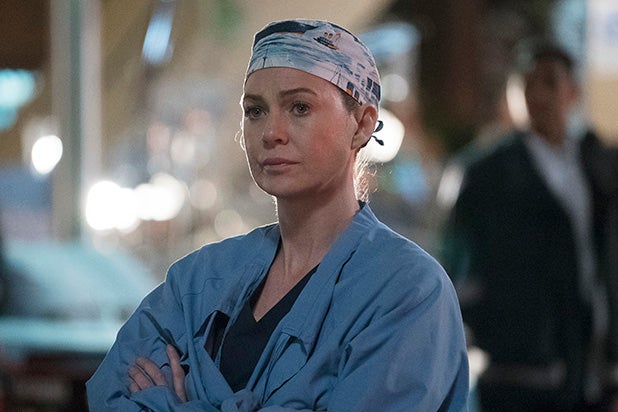 ABC
"Grey's Anatomy"  The ABC medical drama is beloved by fans, but even some of the most diehard viewers couldn't bear to watch a "Grey's Anatomy" without Christina Yang (Sandra Oh) or Derek Shepherd (Patrick Dempsey). Those who stuck around found themselves disappointed with the new intern classes that could never live up to the original on-call squad.
The essential source
for entertainment insiders