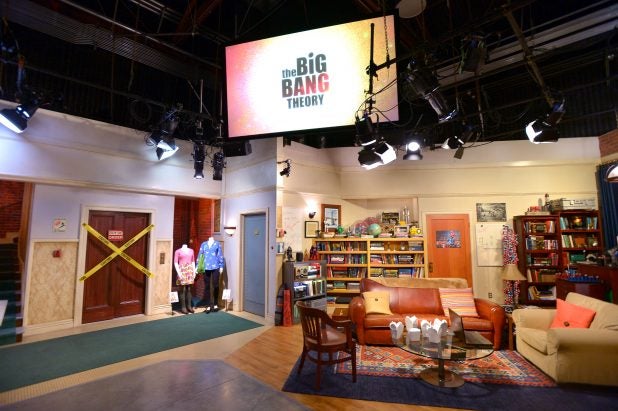 Starting June 28, fans can visit Sheldon and Leonard’s apartment — and even sit in Sheldon’s designated “spot” — on the Warner Brothers Studio Tour, along with other sets from “The Big Bang Theory.” After 12 seasons of filming on the lot, the WB sitcom and its sets are the newest addition to the tour, which gives guests a behind-the-scenes look at the Burbank lot.

Tour guests can see the original sets for apartment 4A, the CalTech physics lab cafeteria and the infamous broken elevator. Costumes worn by Sheldon (Jim Parsons), Leonard (Johnny Galecki), Penny (Kaley Cuoco) and the larger cast will also be on display.

Also Read: Why Chuck Lorre Is So Relaxed About 'The Big Bang Theory' Series Finale

“For 12 seasons and 279 episodes, the cast and crew of ‘The Big Bang Theory’ found their home away from home on these sets,” said Chuck Lorre, co-creator of the show.

“To say goodbye to the show and to that stage was really difficult. It feels great to know that people care about it enough that they want to come visit, and also that it’s there so we can stop by and visit it from time to time,” said Steve Holland, an executive producer.

The addition to the studio tour comes after the sitcom earned another Warner Bros. accolade. Stage 25, where the show was shot, was officially renamed “The Big Bang Theory Stage” in February, as the  “The Big Bang Theory” is one of five shows in Warner Bros. 95-year history to get a named stage, joining “Friends,” “ER,” “Two and a Half Men” and “Ellen.”

When asked how the pop-culture-obsessed main characters of the show would feel about being included on the tour, frequent guest star Wil Wheaton was clear: “I think it would drive Sheldon crazy. He would be super upset that thousands of strangers were walking past his couch.”

The Burbank lot offers studio tours year-round, and the tours also feature sets and props from “Friends,” the DC Universe and the Harry Potter franchise.