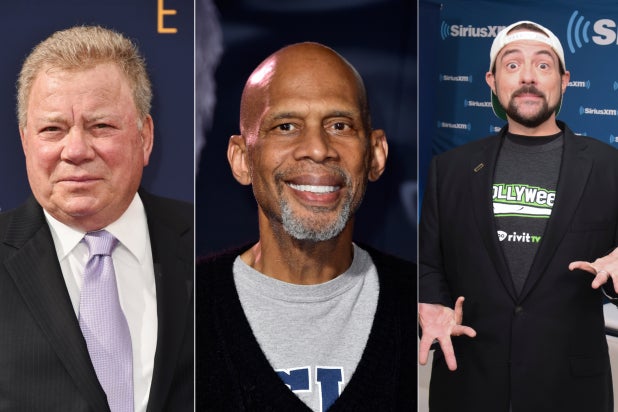 “The Big Bang Theory” is bringing in one of its biggest roster of guest stars for a special “Dungeons & Dragons” themed episode, including Capt. Kirk himself (sorry, not Chris Pine) and an NBA Hall of Famer.

William Shatner, Kareem Abdul-Jabbar, Kevin Smith, Joe Manganiello and frequent guest star — and Sheldon nemesis — Wil Wheaton will join the gang. An airdate has not yet been announced.

This will be the first appearance for Shatner, follows his former “Star Trek” cast members including the late Leonard Nimoy, George Takei. Brent Spiner and LeVar Burton from “Star Trek: The Next Generation” have also appeared on the show, alongside Wheaton, who has been on the show many times, but mainly to torment Sheldon (Jim Parsons).

The long-running CBS sitcom is in the middle of its farewell season, and it’s been pulling out all the stops. The final season included a crossover of sorts from its spinoff “Young Sheldon,” when Iain Armitage (a young version of Parsons’ Sheldon Cooper), Lance Barber (Sheldon’s dad, George) and Montana Jordan (Sheldon’s older brother, Georgie) all made an appearance courtesy of an old VHS tape.

When the series ends in  May, it will finish as the longest-running multi-camera series in television history with 279 episodes.