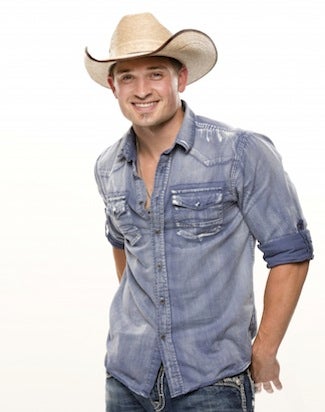 It’s another season of “Big Brother,” another racism scandal — but this time, the CBS reality competition is being proactive about things and getting itself mired in scandal before the season even begins.

Controversy erupted on Wednesday — perhaps coincidentally, the same day that a new season of the series debuts — around “Big Brother” contestant Caleb Reynolds.

According to various media reports, Reynolds posted a statement on his Instagram account two years ago — the account has since been taken down — that could be interpreted as not terribly friendly to homosexuals and black people (well, specifically, President Barack Obama).

In particular, according to TMZ and other outlets, Reynolds (pictured) wrote a post that contained the homophobic slur “fag” and characterized Obama as a “Muslim monkey.”

Seem like you’ve heard this one before? “Big Brother” fans need only think back to last summer, when the show made headlines with contestant Aaryn Gries. Gries was eliminated from the series — but not before it was revealed that she had made several offensive comments, including calling one contestant a “queer” and impersonating an Asian American nail salon worker.

At the time, CBS CEO Les Moonves condemned Gries’ comments, saying he was “absolutely appalled.” and series host Julie Chen — Moonves’ wife — said she was “stung” by the comments.

Chen might want to prepare to be stung yet again. Because it’s starting to feel very deja vu-ish here.

CBS had no comment on the situation for TheWrap, and declined to say if it was aware of the Instagram comments prior to booking him.

But it’s worth wondering: Does CBS try to screen out racism? Or hope for scandal? The network declined to say if it was aware of the Instagram comments prior to booking him. Last summer, CBS and Moonves expressed horror at racist language by some contestants. And yet here we go again.

“Big Brother” might be launching a new season Wednesday night, but before the premiere has even aired, it already feels like a repeat.