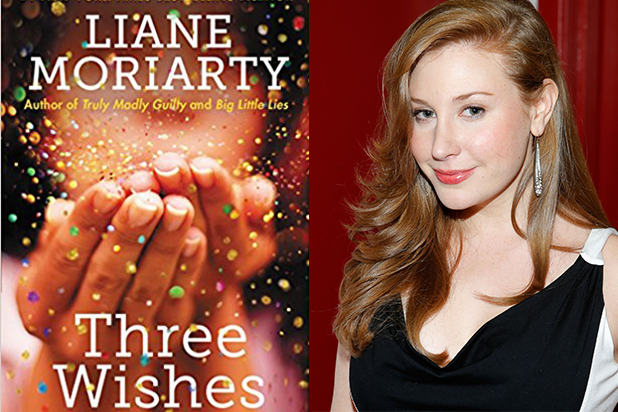 “Big Little Lies” fans may soon be heading over to Netflix to get their Liane Moriarty drama fix, as the streaming service currently has a TV adaptation of the author’s novel “Three Wishes” set for development, an individual with knowledge of production tells TheWrap.

The project is backed by EveryWhere Studios, which optioned the rights to an adaptation of the book, to be written by Lila Feinberg, a playwright and writer on TV Land’s “Younger.”

“Three Wishes” centers around three wildly different sisters as their lives intertwine and unfold around a glamorous Manhattan wedding weekend that ends in sudden tragedy. When a scandalous secret emerges, the tight-knit bond between the sisters is tested as they unravel a mystery that ripples throughout each of their lives.

Netflix declined TheWrap‘s request for comment on the project.

“Three Wishes” will mark the second TV series adaptation of a best-selling Moriarty novel, with HBO’s award-winning drama “Big Little Lies,” which is currently in production on its sophomore season. Moriarty serves as a producer on the Reese Witherspoon and Nicole Kidman-led series.