A cast of media company heavyweights is coming to Washington on Tuesday for the Federal Trade Commission’s two-day workshop on the future of journalism.
The big question is, when stars like Rupert Murdoch, Arianna Huffington and other top dogs from newspapers, web portals, magazines and consumer groups gain an audience in front of the feds, how will they use the forum? 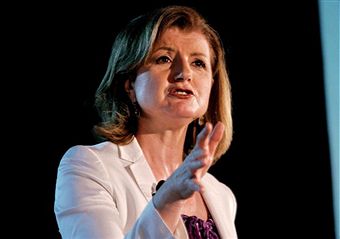 Will they flesh out their plans to make money off the web? Propose some kind of government-supported journalism? Urge the FTC to allow more consolidation? Or talk more generally about publishers’ economic woes?
Murdoch certainly isn’t talking: His spokesman said last week that the News Corp. honcho would release no details ahead of his talk.
The FTC has dubbed the forum “From town crier to bloggers: How will journalism survive the internet age?” — and is asking a number of questions about what government should do.
The exchange comes at an interesting time.
In the last week alone, Murdoch has reportedly been in talks to pull content down from Google and shift it to Microsoft’s Bing; magazine publishers have been in talks to create a method to easily sell their content on the iPhone and perhaps other devices.
Publishers and media organizations from the Associated Press to News Corp. have already announced they want to fast track efforts to try to obtain payment, especially from web sites which copy or summarize newspaper stories to drive traffic, then sell ads against them. Micropayments — miniscule credits to content providers paid every time a consumer sees a news story — and other models will be discussed at the workshop.
Besides Murdoch, the FTC is to hear from Steven Brill, co-founder of Journalism Online; Paul Steiger, editor-in-chief of ProPublica (and former managing editor of The Wall Street Journal); Nina Link, president-CEO of the Magazine Publishers of America; Leonard Downie, VP at large and former executive editor of the Washington Post; and others.
In advance of the workshop, media associations and consumer groups have filed comments with the FTC warning about the dire state of journalism economics and the potential implications if something doesn’t change.
“It has become clear that the traditional print-based advertising business model newspapers have relied on for decades is insufficient as the internet becomes the medium of choice for the consumption of news and information,” warns the Newspaper Association of America in one filing. “It is imperative that the newspaper industry find a way to monetize its digital content and take advantage of its ever growing internet audience.”

It said it wanted no government bailout but cautioned that behavioral advertising targeting — the practice of studying people’s web browsing habits, which some consumer groups want the government to crack down on — is showing “significant promise” to replace ad dollars.