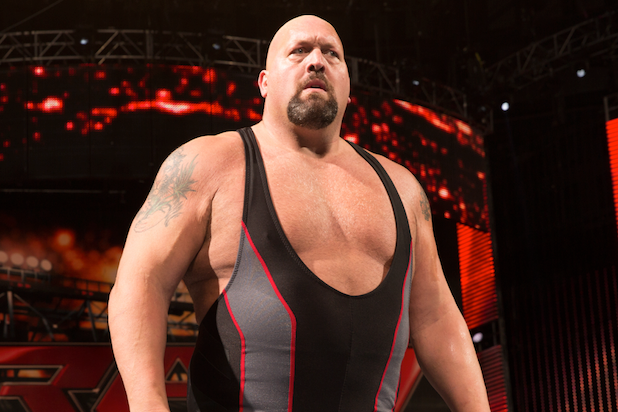 WWE Superstar The Big Show — real name Paul Wight — is back in (XXXL, no longer XXXXXXL) tights tonight, when the pro-wrestling giant will attempt to avoid being the latest legend RKO-ed by “The Legend Killer” Randy Orton.

Wight, who has his own Netflix family sitcom “The Big Show Show,” spoke with TheWrap ahead of Monday’s “Raw” showdown. Our conversation covered his acting, but started with talk about the 48-year-old’s play-fighting future.

For starters, we asked Big Show (who is now a slightly smaller Show after shedding a whole lotta weight in recent years) if he’s making another full-time WWE run.

“So long as I’m able to contribute and have fun, I’m in,” he said. “But at the same time, it depends on the storylines and the creativity. If there’s an opportunity that makes sense, absolutely, I’m here to help out. If I could help get some of the younger talent on their way in the execution of my duties, I’m happy to do it.”

We asked Wight if he would consider utilizing his size and desire to put younger talent over (a wrestling phrase that means to make your opponent or collaborator look strong) to good use together as an on-screen bodyguard/enforcer for a smaller up-and-coming wrestler.

“That bodyguard role is better to put a younger talent into that can observe matches ringside and slowly be introduced over time until the talent gets more comfortable to start breaking off and working on his own,” he said.

“If you saw me every week on TV as a bodyguard it would water down the experience,” Big Show continued. “Part of me and now what I’m doing is– I’m more of an attraction now, so seeing me here and there. If Big Foot cuts through your backyard once in a while, that’s me.”

Orton will see Big Foot in his yard tonight when Show attempts to enact revenge on the man who recently put down Edge and Christian. The seven-footer is angry, and Orton will not like him when he’s angry.

Big Show wrestles Orton tonight in an “unsanctioned match” on “Raw,” which airs Mondays at 8/7c on USA Network.