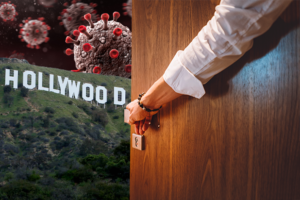 Last week, Kylie Bunbury majorly spoiled the big twist from ABC’s “Big Sky” series premiere. This week, she avoided morning TV shows and the new drama actually grew in ratings, despite having a down “Bachelorette” as lead-in.

While ABC won Tuesday’s primetime in the key ratings demo of adults 18-49, CBS was No. 1 in total viewers, led by the landmark 400th episode of “NCIS.” ABC settled for third place in terms of overall eyeballs — but it was a close race for the runner-up spot.

Due to the coming holiday, Nielsen numbers for Spanish-language networks Univision and Telemundo are not being made available today.

Also Read: Kylie Bunbury Might Have Just Spoiled the Twist for ABC's 'Big Sky' Ahead of Tonight's Series Premiere

The CW had a 0.1 rating and 530,000 viewers, airing just the second installment of the recent “Gilmore Girls” revival miniseries, which originally streamed on Netflix.