Kathryn Bigelow, whose film "The Hurt Locker" has made her a frontrunner for the Best Picture and Best Director Academy Awards, has signed to direct her next project: the pilot for "The Miraculous Year," a potential HBO series created, written and executive produced by John Logan. 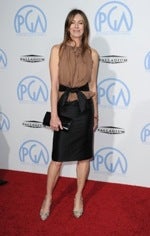 Bigelow’s next film will still be her South American-set "Triple Frontier" — but before that feature goes into production, she’ll be behind the camera for the pilot episode of Logan’s series, which recently received a pilot committment from HBO.  The series is reportedly a character-driven, contemporary look at the arenas of art and theater — or, as HBO describes it, "an examination of a New York family as seen through the lens of a charismatic, self-destructive Broadway composer." 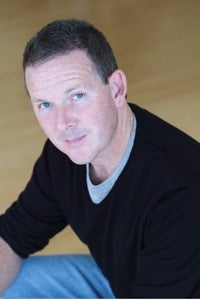 Logan, right, was a playwright before becoming a screenwriter; his play "Red," which stars Alfred Molina as abstract expressionist painter Mark Rothko, opens on Broadway on April 1. His film scripts include "Gladiator," "The Aviator," "The Last Samurai" and "Sweeney Todd: The Demon Barber of Fleet Street."  For HBO, he wrote "RKO 281," the story of the making of "Citizen Kane," in 1999.

Bigelow, a longtime friend of Logan’s, began her career as a filmmaker after time as an art student, and after working in the fields of abstract and later conceptual art.

In the past, Bigelow has directed episodes of the television shows "Homicide: Life on the Street," "Wild Palms" and "Karen Sisco."  In 1985 she wrote an episode of "The Equalizer" entitled "Lady Cop," which became the inspiration for her 1989 film "Blue Steel."

After shooting the pilot "MIraculous Year" pilot, Bigelow is expected to re-team with "Hurt Locker" screenwriter Mark Boal on "Triple Frontier," which is set in a South American hotbed of drugs and crime near the borders of Paraguay, Brazil and Argentina.