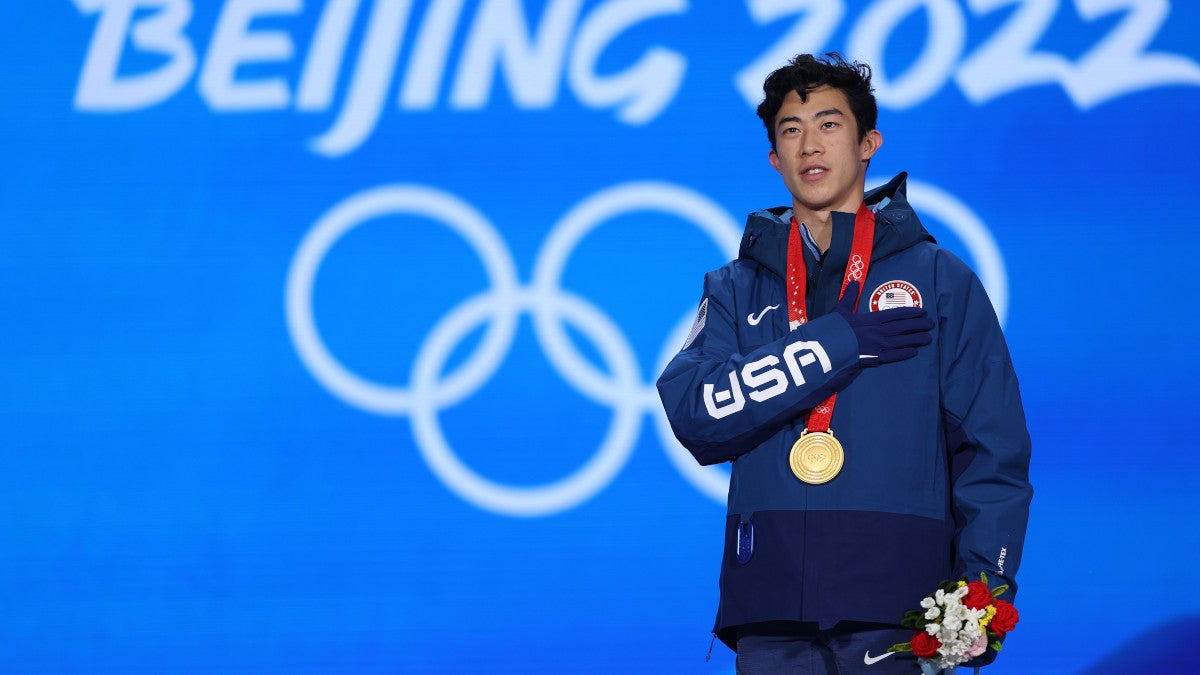 While Super Bowl and Valentine's Day are definitely in the foreground, this past weekend also happened to mark the halfway point of the 2022 Beijing Winter Olympics, which kicked off Feb. 2 and will come to an end on Feb. 20.

The Olympics always promise an equal share of successes, surprises and disappointments, and this year's Games have already delivered quite a few of each. Team USA's star skier Mikaela Shiffrin came to Beijing bearing the weight of enormous expectations, only to disqualify early into her first two events and finish 9th in her third, with one more to go. Returning for her 5th Olympics, snowboarder Lindsey Jacobellis finally won her first gold medal. Legendary snowboarder Shaun White hit the halfpipe for the very last time. That's not even counting the achievements of first-timers and athletes from all over the world.

With that in mind, let's take a look at some of the Winter Olympics' most thrilling moments thus far. 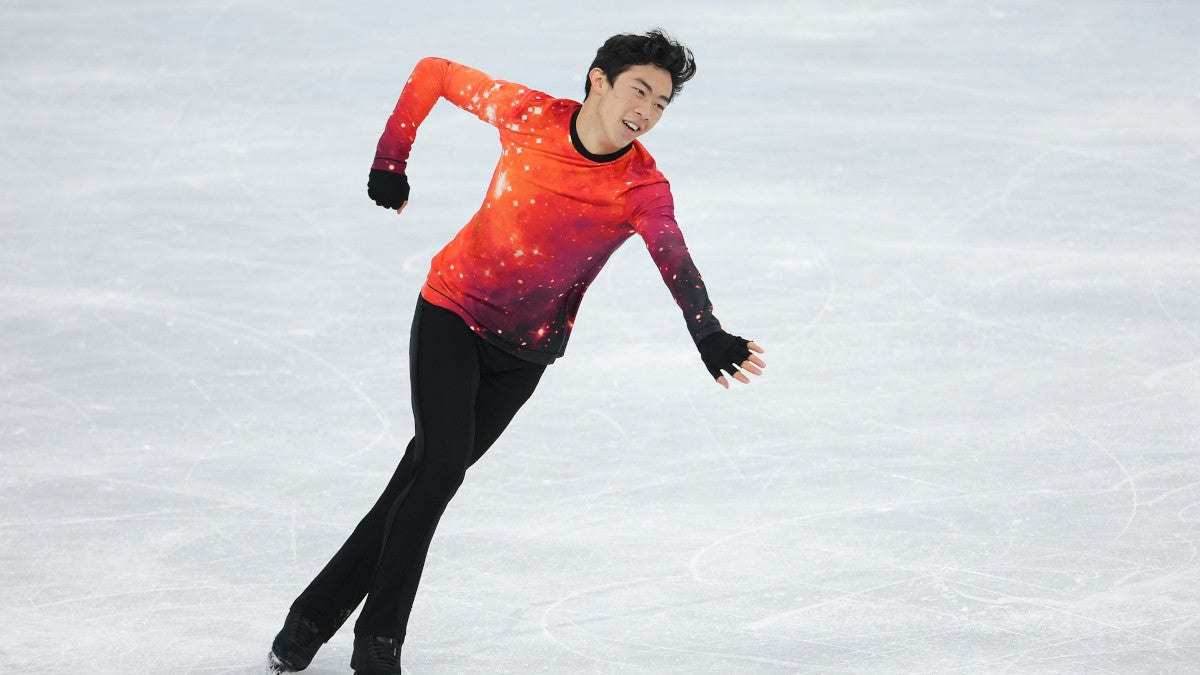 The 22-year-old men's figure skater came to Beijing to collect the only hardware missing from his collection: an Olympic medal. The spotlight was especially intense after the three-time reigning world champion slipped up at 2018 Pyeongchang Olympics, a fact rehashed by the press at every turn.

Not only did Chen finish first in the short program, he also set a new world record with 113.97 points. Two days later, he landed five quads during his free skate set to an Elton John medley led by "Rocketman" – and racked up a whopping 218.63 points, becoming only the second American man to win the men's singles in 30 years. 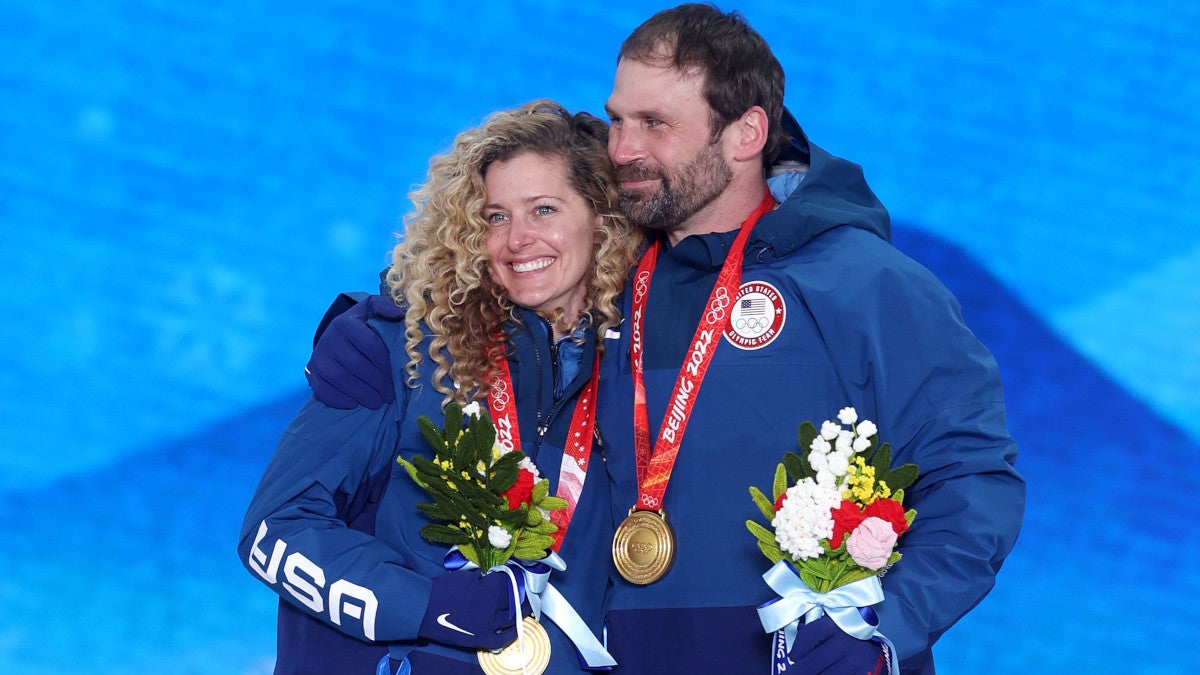 Snowboarder Lindsey Jacobellis has been chasing gold since her 2006 Olympic debut, when a celebratory jump cost her the lead at the very last second of the race. That blunder – considered one of the biggest in Winter Games history – was finally cast aside with her triumph in this year's snowboard cross. At 36, she became the oldest snowboarder to ever medal. After disqualifying in the 2010 semifinals, falling in the 2014 semifinals, and finishing fifth in the 2018 finals, her victory is a redemption story for the ages. 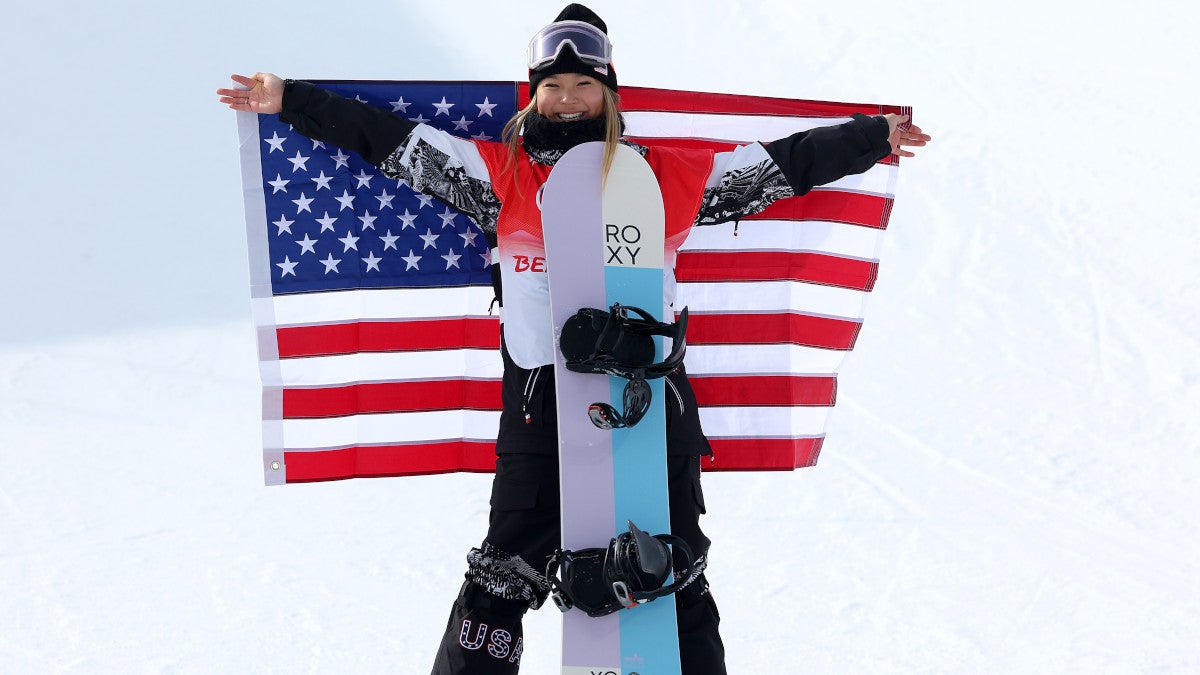 When she was 17, Chloe Kim made history as the youngest Olympic gold medalist in halfpipe snowboarding. Four years later, she not only defended her championship, but made history again as the first woman to win multiple gold medals in the event. The 21-year-old swept the finals with a 94-point run, the highest score of her three runs or any of her competitors'. Later, Kim said she'd had a rough practice right before she competed, making her reaction that much more ecstatic. 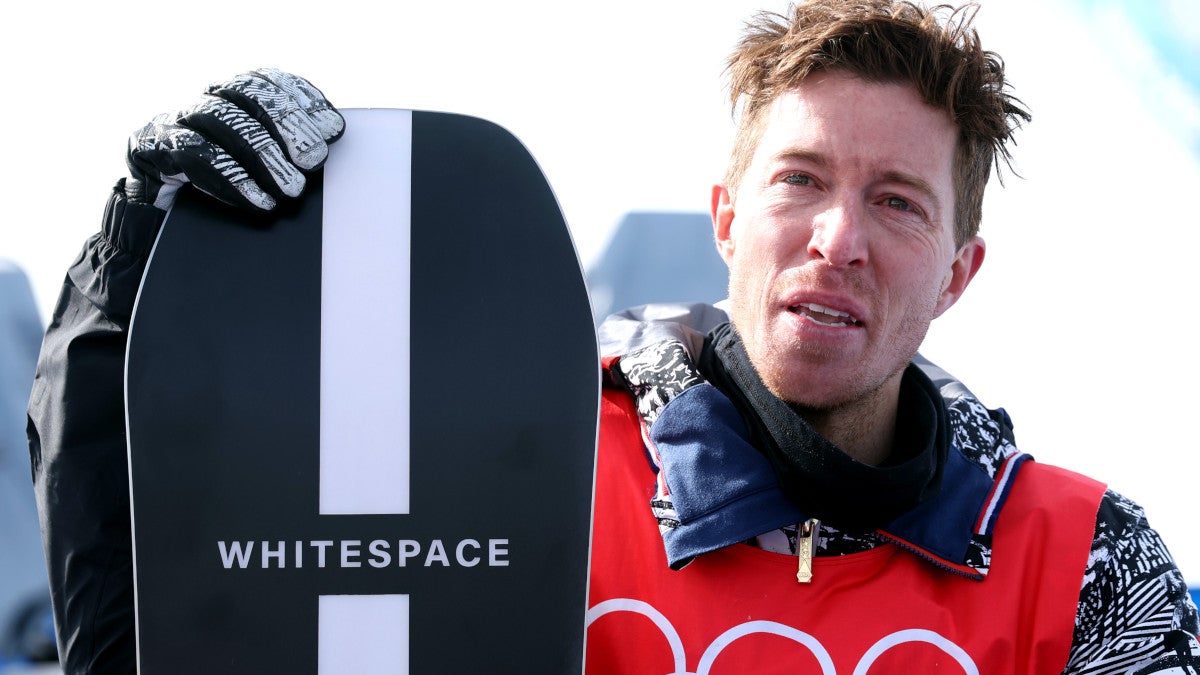 Earlier this week, the snowboarding giant announced that the 2022 Olympics will mark the end of his professional career. During the qualifying round, he put down a spectacular second run after crashing on his first one, sending him to the finals in 4th place. During Friday's event, his second run score of 85 points put him into 4th place yet again, but he couldn't top it in the final round. After falling in the third run, he dismounted the halfpipe where a crowd of supporters and his fellow competitors awaited.

At 35, he is the oldest U.S. halfpipe rider to compete in the Olympics and the only one to win three gold medals. "A lot of emotions are hitting me right now – the cheering from the crowd, some kind words from my fellow competitors at the bottom. I'm so happy," White said, tearing up. "Snowboarding, thank you. It's been the love of my life." 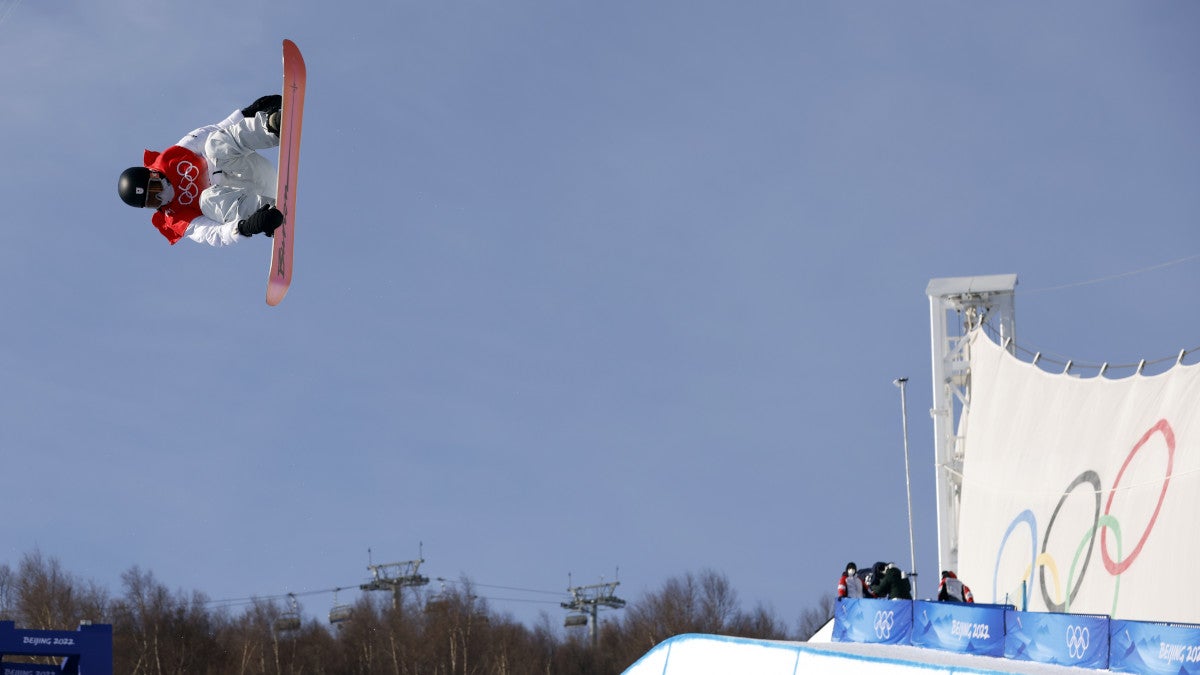 Japan's Ayumu Hirano ranked first at the qualifiers, meaning that he competed last in each of his three runs in the final, adding to the nail-biting suspense of the race. The 23-year-old three-time Olympic medalist made history when he became the first halfpipe snowboarder to land a triple cork at the Olympics – and not just one, but three, despite never having landed one before in a competition. And yet the road to gold-medal victory was not smooth. He stumbled after successfully executing the triple cork in the first run, putting him behind Australia's Scotty James. In Run 2, he blew the competition away, to the point that NBC's commentators called it the best run they'd ever seen and a guaranteed gold medal.

However, the judges issued a score of 91.75, prompting audible booing from the crowd. Commentator Todd Richards voiced what everyone was thinking when he launched into a rant that ended up going viral: "As far as I’m concerned, the judges just grenaded all their credibility," Richards, a former Olympian, seven-time X Games medalist and four-time Olympic commentator said at one point. "That run — I’ve been doing this for so long... I know when I see the best run that’s ever been done in the halfpipe. Try to tell me where you’re deducting from this run. It’s unbelievable that this is even happening — it’s a travesty, to be completely honest with you. I am irate right now."

Luckily, Hirano pulled through with a massive third run, garnering the gold medal with a 96-point score. "I did what I wanted to do right at the end — I wasn't able to accept the second run's score," said Hirano afterwards. "But I managed to express my anger well at the end." 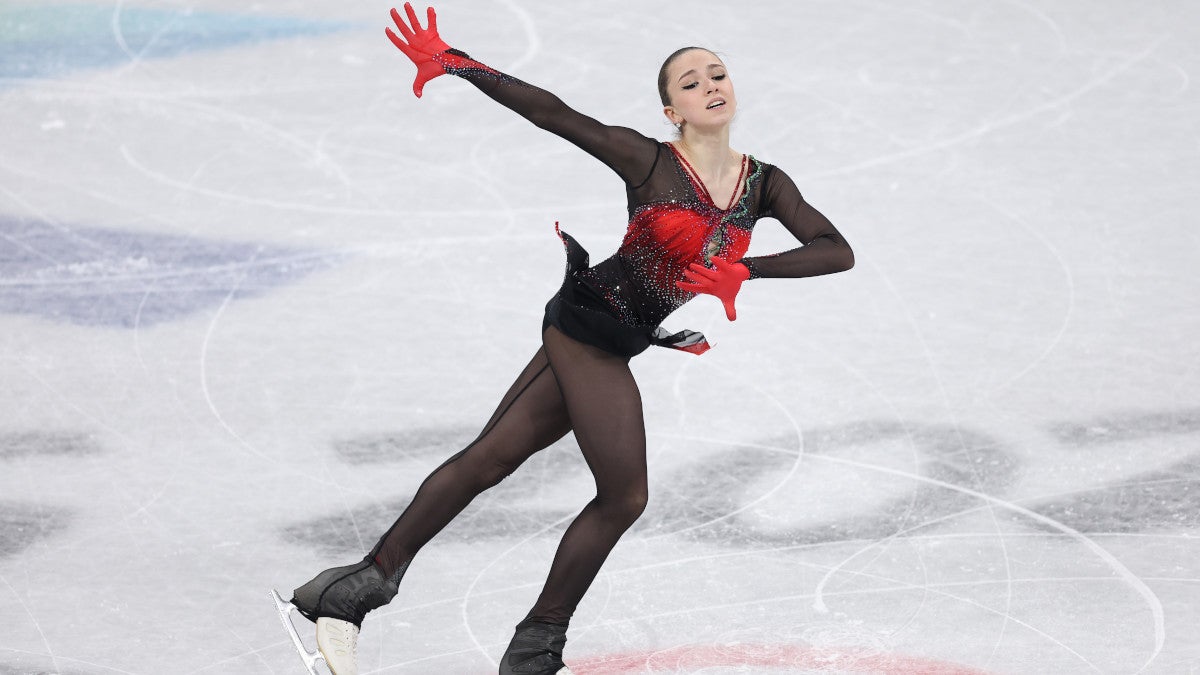 NBC Olympics commentators (and former Olympic medalists) Tara Lipinski and Johnny Weir called Kamila Valieva "untouchable" and "a talent that comes along once in a lifetime" after she racked up a 90.18 score for her short program skate. With her free skate performance, the 15-year-old made history when she became the first woman to land a quadruple jump (she landed two) at the Winter Olympics. Valieva's victory put the Russian Olympic Committee firmly in the gold medal position for team figure skating.

Then, on Feb. 10, it came to light that Valieva tested positive for the banned drug trimetazidine weeks earlier. The drug, which is said to improve stamina by helping the heart function more efficiently, has been at the center of numerous Olympic doping scandals. Tuesday's medal ceremony was canceled as the case is under review. It's unclear whether or not Russia will still collect their gold medals (the U.S. finished in second) or if Valieva will compete in the upcoming individual skating event.