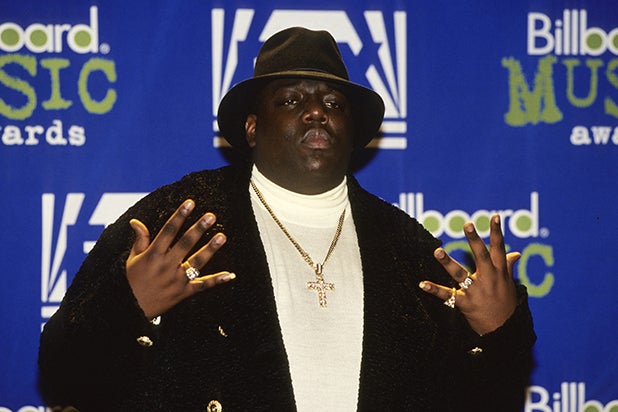 Fox apologized to the Los Angeles County Sheriff’s Department Tuesday after a photo of one of the force’s employees was used in the two-hour special “Who Shot Biggie & Tupac.” The man who appears in the photo wasn’t involved with the investigation, the law enforcement group says.

The sheriff’s department released a statement Tuesday saying that Fox Broadcasting Company and Critical Content, who were responsible for the special, identified Commander Steven D. Katz as the detective involved in the investigation of Christopher Wallace’s death, when neither he nor the organization were involved in the case.

“The Los Angeles County Sheriff’s Department (LASD) is demanding an immediate public apology and retraction from the FOX Broadcasting Company and associated networks for their defamatory use of a photograph of LASD Commander Steven D. Katz. FOX incorrectly identified him as a detective involved in the investigation of the death of Christopher Wallace (Biggie) in the primetime special entitled ‘Who Shot Biggie & Tupac?,'” the statement said.

The special, which aired Sunday night, insinuated that Katz might have covered up files concerning the case. However, neither Katz nor the sheriff’s department were involved in the investigation.

“The segment defamed Katz by repeatedly showing his photograph and expressing through graphics, an indication of ‘disgrace and outrage’ into the handling of the case,” the statement continued. “The show’s hosts, Soledad O’Brien and Tracy Lauren Marrow (Ice-T), made derogatory comments alleging that the investigator lied and concealed files while showing photos of Commander Katz.  IN FACT, neither the Sheriff’s Department nor Commander Steven D. Katz had any involvement in the investigation into the death of Wallace (Biggie).”

There was a Detective Steven Katz involved, who was the lead on the Wallace murder investigation and was found to have undisclosed files and documents in his possession. He worked for the Los Angeles Police Department.

Both Fox and Critical Content have issued public apologies concerning the incident.

“In ‘Who Shot Biggie & Tupac?’ a photo of Los Angeles Sheriff Department Commander Steven D. Katz was mistakenly used in the program. FOX regrets the error and extends an apology to Commander Katz and the Los Angeles County Sheriff’s Department,” the network said in a statement sent to TheWrap.